Our reader, Masters Ruderer, writes to us and tells us his story about his blood clot: „I am a 55 year old man and started rowing at school at the age of 12. My first DVT (Deep Vein Thrombosis) was on me already at the age of 30 „.

He is not an isolated case. Every year, 350,000 citizens in Germany, Switzerland and Austria contract venous thrombosis: that means. Suddenly, a blood clot forms and clogs a vein. This happens in most cases in the leg. Such a blockage not only hampers the circulation of the surrounding tissue and causes  pain. If the fresh blood clot breaks loose, a life-threatening pulmonary embolism occurs at lightning speed. 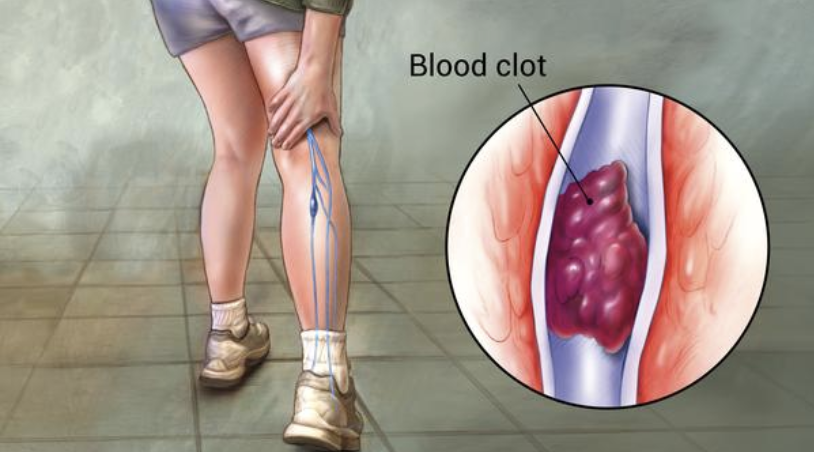 Blood clots in rowers. The symptoms.

„..I had the typical symptoms: a hot, aching and swollen calf.“ First, a misdiagnosis was made.Since I was young and fit, it was believed that there was a tension in the calf muscles.I took Coumadin for six months The doctor was also not very worried, according to him, it was just a small thing.At that time, my right calf was always a bit thicker than the left and swelled properly in the evening.Once again I am told that I need not worry ,

My wife is a health practitioner and specialized in lymphatic drainage. She explained to me that the swelling could come from a blood clot when it reaches a significant size.

I suddenly needed longer for the 500m on the rowing machine and I had difficulty picking up enough oxygen per shot. When climbing stairs, I was increasingly struggling with shortness of breath. I went back to my family doctor, who already knew me and my medical history. Again, he assured me that everything was alright. After six months and further visits to the same doctor, he finally referred me to the cardiologist, because he could not figure out my symptoms.

In January 2017, I then had an appointment with a cardiologist and described to him my very nonspecific complaints. I did not have typical TVT symptoms like I had 25 years ago. The cardiologist declared my heart completely healthy. But since he knew of my medical history, he wanted to do another investigation to exclude a DVT. He considered a TVT very unlikely. The test was clearly positive. I was immediately taken to the hospital.

Blood clots in rowers: In the calf

There they found out that I had an extensive DVT with 99% occlusion of the right femoral artery. In addition, a small DVT in the left calf and three pulmonary emboli were discovered. I was put on Warafin, which I now have to take a lifetime. This was followed by several thorough examinations in various hematologists. I did not have blood anomalies or a genetic predisposition to thrombosis, „as far as his words go.

Blood clots  (thrombi) from red blood cells, platelets and fibrin usually form below a venous valve, because the blood easily accumulates here. As the authors of Fid-Gesundheitswissen describe, there is an acute mortal danger, if the thrombus breaks off, wanders and the lungs become clogged (pulmonary embolism). However, numerous other risk factors lead to the formation of dangerous blood clots. Most reduce you to a minimum without much effort. Rowers who are aware that thrombosis can occur should just make sure that the following risk factors exist.

The most important risk factors

I find the point with the hydration even more interesting. Will from now on – always have my water bottle on board.

Quote from the  Stop The Clot website  „Doctors may take a long time to diagnose TVT – sometimes it does not happen. Blood clots, including deep vein thrombosis (DVT) and pulmonary embolism, are often not recognized as such, even if the athlete has typical symptoms. But why is that? It’s because doctors do not expect athletes to have problems with blood clots. Thrombosis is extremely rare in young, healthy people. Most athletes are young and healthy, which is why blood clots, DVTs and pulmonary embolism are not the norm.

To this day, my doctors do not know where my blood clots come from. However, I suspect that it has dehydration and elevated levels of lactate in the blood. Both can be triggered by hard training. As a rower of the Masters, I train for about an hour on the rowing machine or in the skull every day. For both, I cover a distance of about 10 to 15 km. I live in South Florida, where the average temperature in summer is 90 ° F (32 ° C), in winter it is 75-80 ° F (24-27 ° C). The humidity is very high. In one hour rowing training I lose by sweating alone already two liters of liquid.

We oarsmen must be aware that it can come to DVTs, which remain undetected by doctors.

Write us your experiences in the comments.

So far:  9 comments for „Blood clots in rowers“

Stanley says: Let’s control your homocysteine. An elevated level can cause thrombosis.

Peter Jago says: A really interesting article. Thank you for sharing. There are some useful tips on the internet to lower the lactate level during exercise. For example here: https://www.wikihow.com/Reduce-Lactic-Acid-Build-up-in-Muscles.

Understanding the symptoms and causes of lactate production is the first step in finding a solution to the problem. Adjusting the exercise routine and exercises is the next step. Even a change in diet, drinking enough and some soda dissolved in water, can help to prevent DVTs. And of course continue to train.

This article highlights a big problem of athletes of the Masters. We all have to learn to classify our complaints, because the doctors are not always reliable. There are many information and support groups. As the population grows older and at the same time does more sport, it is essential to get important information and invest in research. Special for rowers who want to participate in Masters and continue to train. Arthritis is another important topic.

Mike Creamer says: This is especially interesting for me since I’m in my 50s and I’m attending Masters myself. I, too, have had blood clots in recent years. I had my first thrombosis four years ago and the second one exactly a year later. Both blood clots were in the arteries of the lower legs, which is probably rather uncommon, since most of the blood clots are in veins. Even with me a cause could never be found, because my heart is completely healthy and I have neither blood anomalies, nor a predisposition.

So far, I have never come up with the idea that it could have something to do with the intensive training. Both blood clots were created in New York. Under high humidity, I trained very intensively on the rowing machine. Both clots were successfully removed. I also had to take warfarin, which I was able to resume and now take aspirin daily. In both cases I resumed my training one to two weeks after surgery. Meanwhile, I can do my intensive training without any problems. Thanks for the link. I am looking forward to learning more about the relationship between lactate, dehydration and blood clots.

By the way, my cardiologist has a suspicion how it could happen that my clots were in arteries instead of veins. He discovered a tiny hole (PFO) in my heart. It could have allowed the clots to pass from the venous to the arterial system. The hole has since been closed.

Noralee Griswold Minucci says: I am 76 years old and often row on the Tiber. My Easter vacation I spent, because of a pulmonary embolism, in the intensive care unit. And this for the third time. The first time right after birth, the second time after a skiing accident and the last time probably after rowing. It started with a drawing pain in the calf. I also initially believed in simple muscle aches. However, it turned out to be a thrombosis from which the clot had come off. The Italian Olympic rower, Giuseppe Abbagnale, knows a lot about pulmonary embolism.

Peter Bairstow says: I am a medical doctor and some contributions here are good. However, aspirin is not a recognized remedy for the prevention of venous thromboembolism. Although it has been shown to have a positive effect on arterial disease.

Although warfarin is the drug of choice for the treatment of venous thrombosis and thromboembolism, it is associated with high risks. The dose should be adjusted again and again based on regular blood tests. New studies show that, even in the safe study situation, patients were only 50% therapeutic in their dose.

Of course, every drug has potential side effects and problems, but there are now much newer and better medicines. For them, the drug levels in the blood do not vary so much and they are much safer. Seek here the conversation with your doctor. 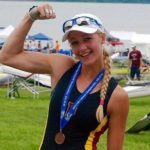 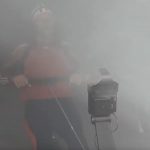 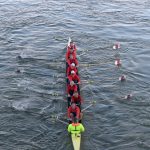