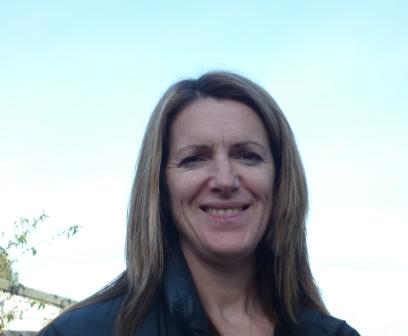 Within your sporting career there are big stepping stones where you have to jump up in quality to get the next grade.  Rowperfect asked Nicola Coles an Olympian and former World Champion in the womens pair how she faced and overcame these moments in her career.

How do you realise when you are at these points?

I guess it would be typical for you to be enjoying your time as a rower as you go with the flow of training and racing and being carried along with the motivation of your crew and your coach at the beginning of your rowing career.  But then suddenly you may notice things like you’ve been dropped from a crew or you’re the worst person in a boat and you start to think “hang on I am not happy with where I’m at and I’d like to be somewhere else, I feel I could do better than this“.  If you aspire to a higher level than you’re currently achieving, a certain amount of frustration sets in and you have to ask the question ‘how am I going to do make a step up?’

I think people don’t like to talk about the fact that [in these situations] there are a lot of negative feelings.  It SUCKS being left behind.  It’s frustrating and you tend to feel quite angry.  And I think it’s important to acknowledge that because it’s all part of how people move forward.  But you do have to work out where do I want to be?  And that will usually come with you looking at a person who is better than you and saying, ”I feel I could be as good as that person”.  You need to be looking at them and working out how they got to where they are or watching what they do, how they train and how much they train, what numbers they train at on the erg for example.  Model yourself on another person or people at the level you aspire to.

Then your next step after that is to learn the dogged stubbornness and determination that it takes to get there.  Because jumping up to that level is hard mentally and physically, it’s frustrating and painful.  You will notice that you probably have to train more which means you have to knock other things, like more social outings, out of your life.  You are going to have to “give up” things out of your life in order to achieve more and gain that high level.  There’s no escaping it.

I don’t like the term to “give up” because it’s always a choice – you are doing it because you want to. But these things take discipline and effort.

It makes it easier to adjust your lifestyle if you always have the ultimate goal in your head – even if it’s moving from the B crew to the A crew.  It doesn’t have to be a goal like the Olympics.  The thought of achieving that goal should be so exciting to you and that you don’t actually feel like you’re giving up anything.

The stepping stone goals have to be all-consuming so when you wake up in the morning you think ”what am I going to do today that is putting me further towards my goal?”  But it’s not just then, it’s every decision you make during the day – is this going to make my boat faster? You have to have that drive.

Can you remember some stepping stones in your career?

I got to a certain point in rowing by just being carried along by a motivated crew, an enthusiastic coach and I really enjoyed it.  And suddenly two girls started doing better than the rest of us and we got left behind.  They were training more and got more attention from our coach, arranging extra sessions etc and then their numbers on the erg got better and 2k scores improved significantly.  They got more exciting boats to row in like the pair.  And I started thinking “hang on, I want to be doing what they are doing and I feel that I can.”

What did you do after you realised this?

I started going out with them to the extra sessions – I just invited myself along and took a single … I would ask them “when are you going out next?”

It took a while before I really committed to turning up every session that they were doing because you have to rearrange your life – you can’t just add new things in without giving up other things and for me I found that took time to get my head around mentally.  When I eventually realised this and actually started turning up to every session I finally started to go faster, but I was still frustrated when the coach wasn’t paying me attention.  I decided to stay in front of his face during one whole session and I had to bust myself in order to stay in front of the pair all session in my single.  I think it was that effort which made him realise that I had determination and was serious about jumping up to the next level.

Thinking back, pervading the whole situation was actual pissed-off-ness.  And it works.

That stepping stone was from Club level to Senior level in October – there were three of us who were doing OK and by March the next year, 1998, we all got trials [for the New Zealand national team].

Later on in my career when I had setbacks, picking myself back up always came down to adopting the same principles.  When people moved ahead of me and I believed I was as good as them I just didn’t let it happen.  I  always came down to training more and found ways of sacrificing more of my life to get more training done – if this [sport] was going to consume me I needed to make that effort.  Sometimes it even became a case of looking at what my direct competition was achieving and then looking at someone who was even higher than them and focussing on that higher level so that I could move past my competition.  How do they train, how do they rest, how do they eat and what do they lift when they do weights?  Working all this out helps you make that bigger jump.  Sonia Waddell was my hero at that stage.  She had great focus and is an extremely professional athlete.

In a trial situation it’s no good being as good as everyone else, you have to be better than them to get picked.

Next week: Part 2 of this interview including

One thought on “Getting to the next level in rowing: Nicola Coles interview part 1”

How to stop slumping at the catch in rowing

Posted on October 7, 2013October 22, 2020 by Rebecca Caroe
A question from a reader “How to stop ‘slumping’ and losing body position at frontstops before the catch?”… read more

My glorious day out at Dorney Lake