This is a superb motivational video with detail about how a coxswain and crew can overcome big setbacks and adjust their race plan during the race.

If you’ve ever wondered what it’s like to cox an Olympic final – Peter explains in great detail the blow by blow development of the race plan, the other crews and how he kept his men focused on the finish line through the Olympic final. 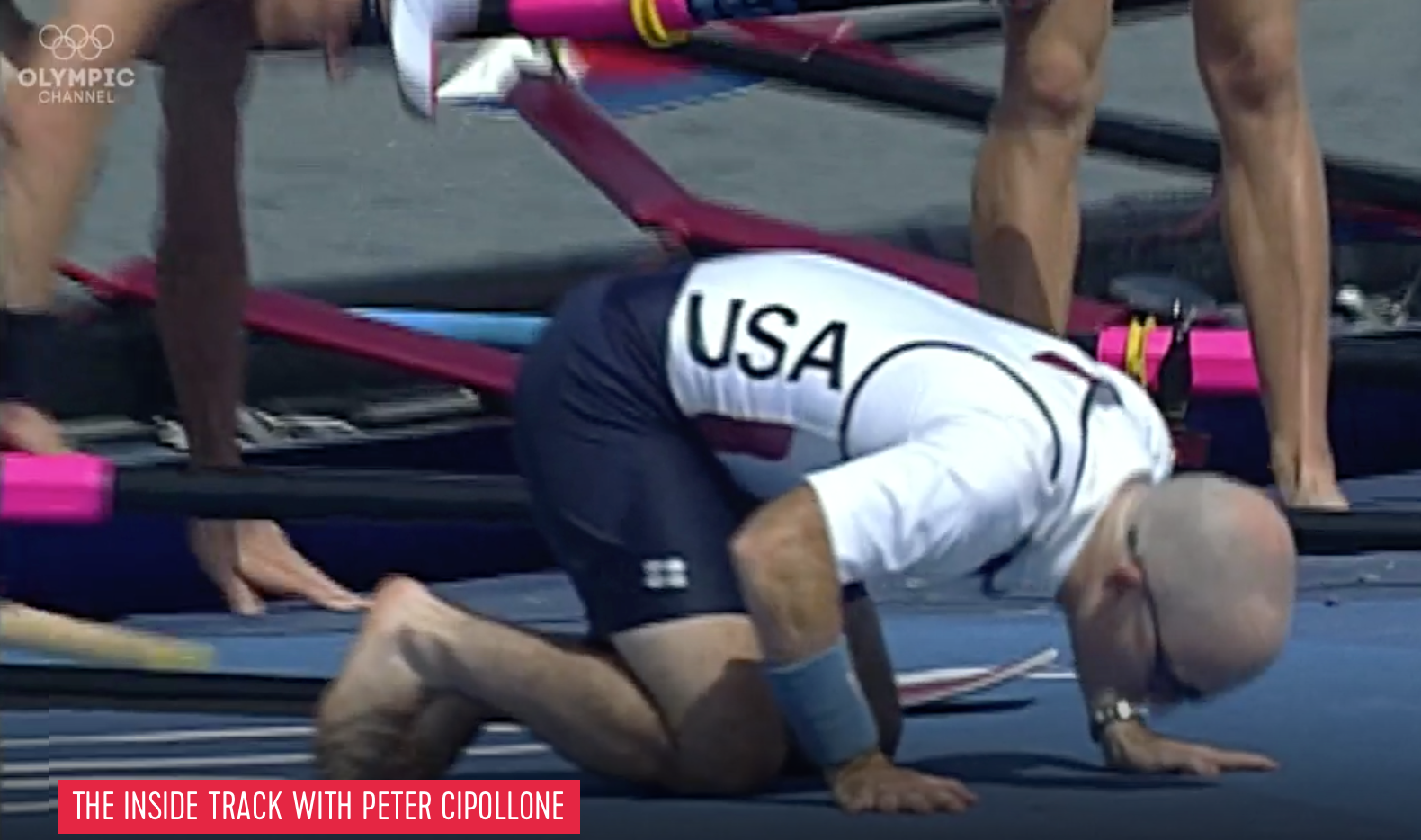 Watch the full video on the Olympic Channel

We really did believe that we were fast and we really showed that we were fast [they broke the world record in the semi-final].
Carl Lewis came out to meet us Before we went on the water to race and he said
“Forget about the result, you’re out on the greatest stage that your sport has to offer. Get a good warmup, and go out there and just revel in every second.”
We can do that – that sounds do-able…. If we had to go out and break a world record again, that’s hard that’s not necessarily do-able.  But to Go out there an enjoy it – we will give that a try.

When we crossed 1000 m mark I told the guys “everything you are doing it correct just keep doing it.” And there was a weird experience there – I looked around and checked our cadence and there was nobody on this side [of the boat] they were way back, the Dutch and the French. And I was thinking OK, this is great. If we don’t do anything stupid, we’re going to win.

And the 7 man Beau Hoopman, just said under his breath, “Dutch” and I looked over and thought “like where did they come from?” 30 seconds ago they were not even overlapping and now their bow was right next to me.

And right in the middle of that with about a minute to go, I said “Guys we are 1 minute away from an Olympic gold medal”

And athletes of that calibre can do anything for a minute and so the Dutch were inching up on us and when I said that, they started going back the other way away – we didn’t change cadence – I didn’t want to change the race plan, don’t do anything dumb, don’t do anything crazy that you don’t have to.

Two or three strokes to go, the stroke man who was a starboard, as he’s pulling in, he turns around and he has a big smile on his face is smiling to the guys behind him knowing that whatever happens we were going to win an Olympic Gold.

I froze, I was like in a catatonic state. I jumped on the dude in front of me.

Posted on July 31, 2012October 28, 2020 by Rebecca Caroe
Still light winds and a manual start without the clogs to hold the bows after the false start… read more

Jochen Kuhner writes from the German team in Beijing