From our recent promotion we got testers from around the Rowperfect community to test out three new winter glove designs.  The products are below 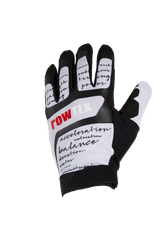 Thanks for giving me the opportunity to try out your rowing gloves.

In the past I have found it difficult to row with gloves on. This was because either the fit wasn’t right or my hands would get very hot very quickly.

The benefits of wearing gloves is a huge reduction in the number of blisters from each session. These demo gloves did just that, if I was rowing fixed seat sweep, or sliding scull, these gloves prevented any blisters or soreness while out on the water.

While keeping my hands free of blisters, I was very impressed with the way these gloves kept my hands cool through third of rowing. Their design seemed to have been focused around keeping my hands comfortable for as long as possible, and they succeed in doing so. If I could have, I would have liked to tighten the straps on my wrists a little bit, but that’s because my wrists are a little skinny.

The only negative I can think of about these gloves is the writing on them, call me old fashioned but I’d prefer plain colours (Possibly Port/Starboard) or maybe a pattern rather than words on them, I’m sure some people would have other views, but that’s just my opinion.

Just to finish, these are actually the best ‘rowing’ gloves that I have tried. Usually I don’t go for full fingered gloves, because I like the feel of the oar, but these were spot on. All in all 8/10. To get that 10 I would need a tighter strap and a boring old design on it.

Thank you once again, I look forward to helping you again sometime.Jac Davies. 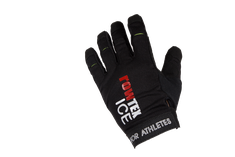 So I took them on Allan Whitwell’s sculling camp in Penne D’Angalais last week (excellent! – highly recommend it). I did 132KM 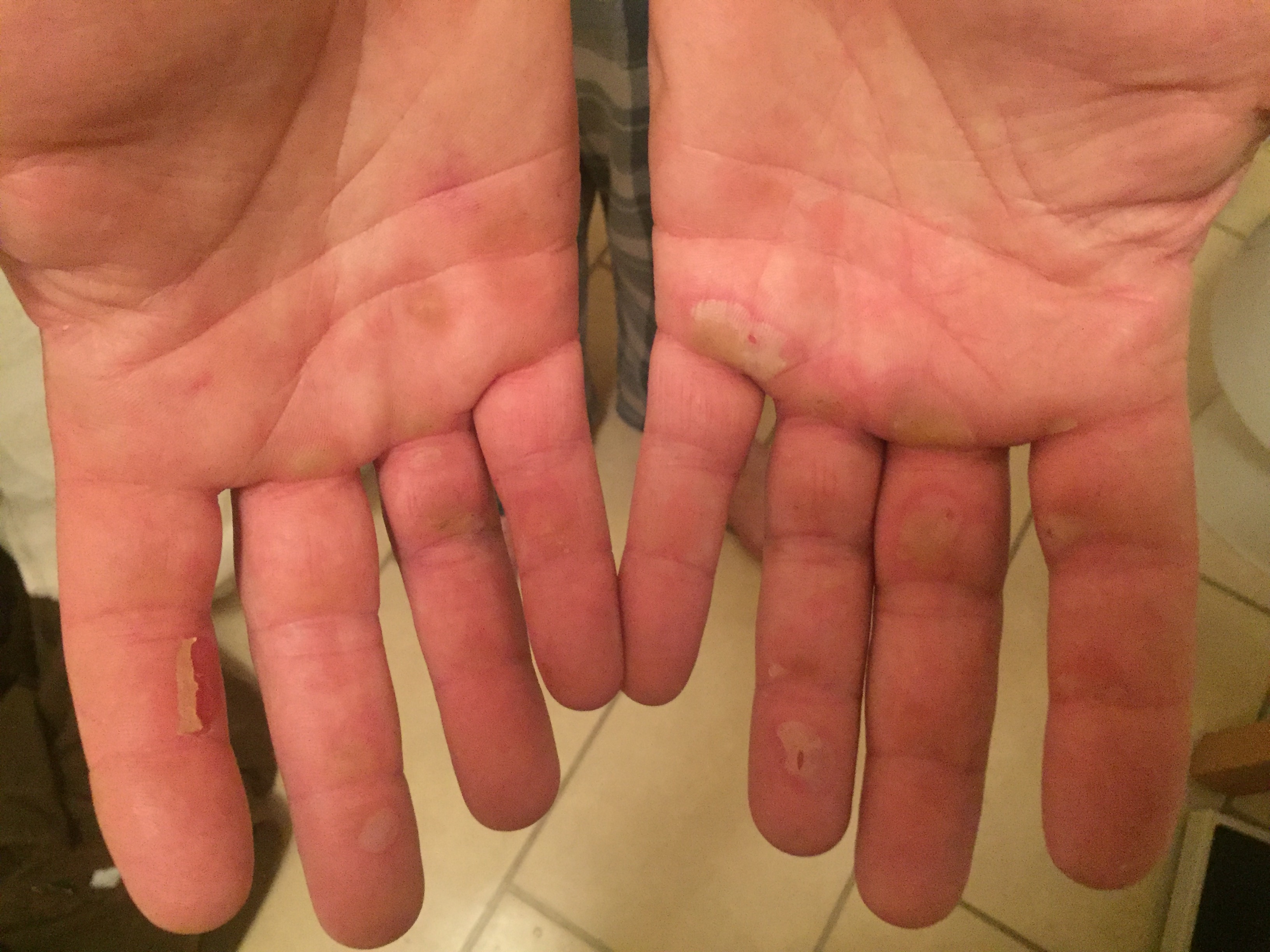 and boy did I need them for the last two days! As a sweep oarsman, my hands were all cut up, and was finding it difficult to control the blades. I was honestly worried about using them in a scull (as a scrappy novice in that boat!), but after a few duff strokes I did get used to them.

I would say I honestly prefer to scull without them on because the feel and dexterity you get without them on is much better, but as a protection against my hands, it meant I could train when otherwise I could not.

I am still trying to perfect my ‘flick’ (like rolling a cigar) and noticed that was less easy so was using more wrist action than I really wanted.

The big insight I got though was how rowing gloves really help with sweat. Some days it was really hot and my hands 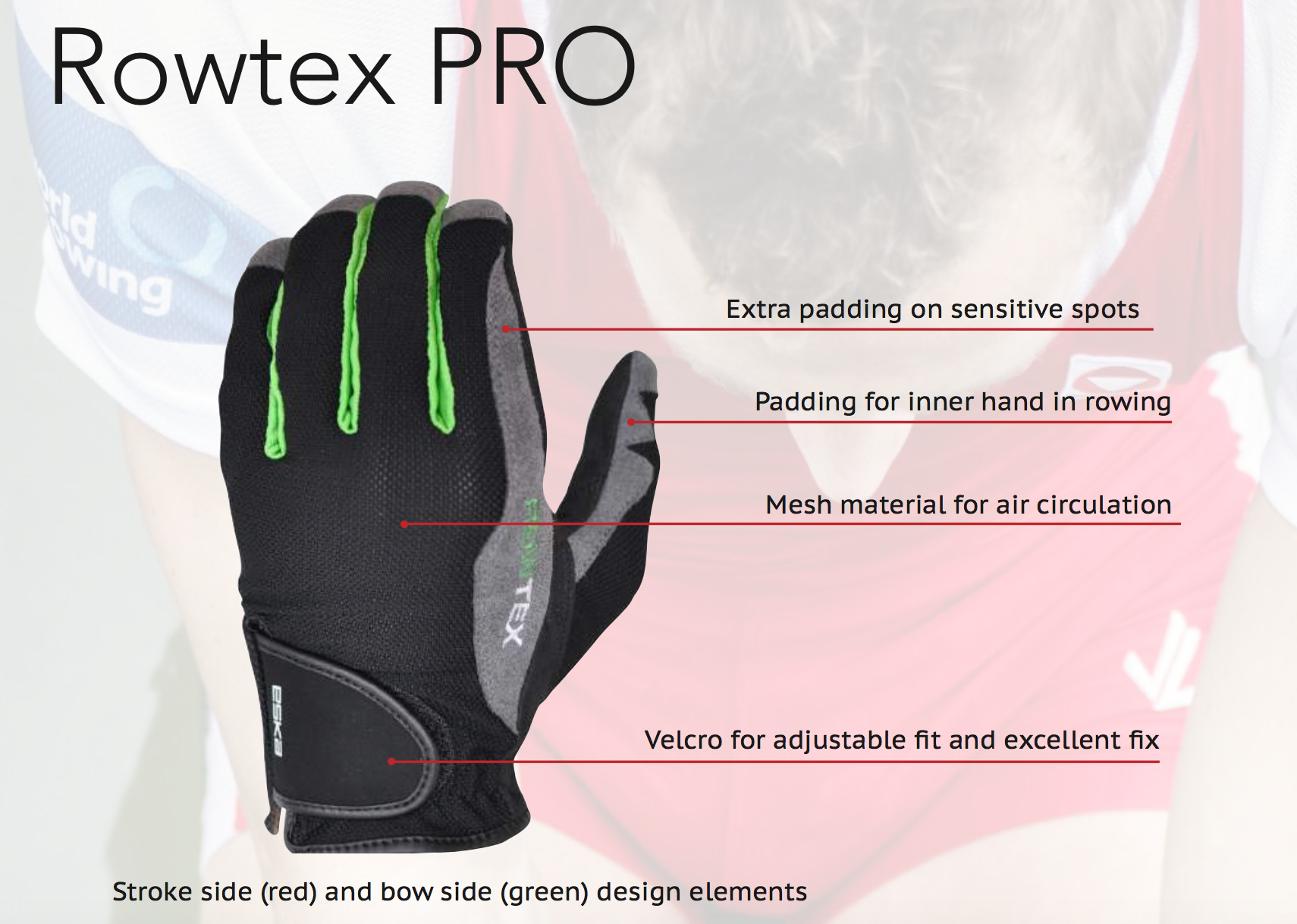 after 16K was very wet (which makes twisting the blade a little more uncertain). Even rubbing my hands against my shorts does not get rid of the sweat (that said, wearing the gloves in the heat is uncomfortably hot inside but at least it stops the sweat affecting the handles). If my hands had not been cut up I reckon I would still have taken them off, but wearing the gloves really helped as it kept a solid contact with the blade handle. The water was not that rough so could not say how they would have performed if the glove itself had got wet (but reckon it would have performed better than wet hands alone).

One final comment – I had XL and these were tight on me – so I did notice my left thumb ached after the outing and had to use more pressure than normal to twist the grip (I’m just 6’2” so not sure how a taller person with even bigger hands would cope. I would probably want them a little loose (but not too loose).

On Sunday I wore them in the IV back on the Tideway. I must admit to feeling a bit of a ‘softy’ wearing them but such was the state of my hands, it was a necessity! In a sweep boat they were much better (but again, having rowed for 25 years prefer the feeling of hand on wood!)

So net for me I was not testing its ability in the cold but would say they really help when hands are blistered up.

Honestly would I wear them every day? No. I would tend to use them as a ‘bandage’ in a scull as feel nervous of being slightly less in control. In the sweep boat I think I’d like to try them on a 7.30am outing in January!

Reviewed by Finn McHale “I would love to try these as they would provide blister protection and I’m curious about handling.  The problem with the pogies is you can only put them on once you are on the water as you can’t carry the boat.  Then by the time I have launched and am ready the crews and the coaches launch are either waiting or rowed on.  The gloves would add practically as I could put them on whilst getting changed and carry the boat with them. “

Finn’s review: Over the last two weeks I’ve been trying out the Ice gloves.  One of the main reasons I applied was that I was curious to see how they compare to pogies.  I found that the fit was very good but it was fairly bulky, this made it very hard for me to grip the sweep handle with my outside hand and it was constantly slipping.  The material also pinched along the finger and was fairly uncomfortable.

I found that they weren’t as good as pogies as with the pogies I hand direct contact with the oar and had full control. The gloves were warm but not as good as pogies.  I did get to use them cycling and they were great for that!  The padding was perfect for cycling but it’s a bit too bulky for rowing in my opinion. 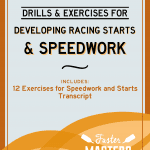 Posted on August 29, 2018October 15, 2020 by Rebecca Caroe
So the FISA Masters is coming up and you are getting crews together and reviewing the entries. Time… read more

Stesha Carle’s comeback to US Rowing and using Rowperfect

Posted on November 1, 2018October 6, 2020 by Rebecca Caroe
How did you get into rowing? My mom had been rowing for a few months and after countless… read more