Gloucester Rowing Club are the latest club to have a Rowperfect RP3 on trial. They’ve been using the machine for the past three months across the club. Here’s what they’ve learnt about how the RP3 fits into their technical training. 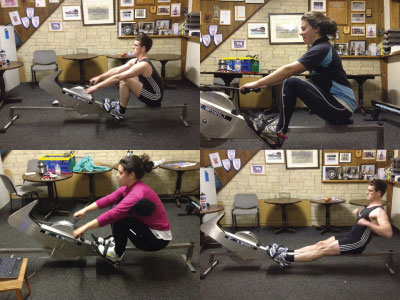 What does the RP3 bring to Technical Coaching?

We’ve found the RP3 really useful in working on posture, positioning and sequencing throughout the stroke.

Watching how the machine and seat move on the rail give immediate feedback for the coach and the rower. The data on the laptop takes this even further, but initially we just use the machine without the laptop connected so rowers can focus on their technique without trying to pull big numbers.

We aim to keep the seat as still as possible throughout the stroke. Looking at seat movement shows how the rower’s sequence and overall posture can be improved. So far we’ve been focussing mostly on the finish as the RP3 really shows up areas for improvement at this point in the stroke.

Key Points at the Finish:

Athletes who keep their arms loose around backstops will move around the back end of the stroke better. They carry the speed of the handle around the turn which allows the body to be drawn over with better rhythm. Those who bring the handle right into the body have to stop the handle before changing its direction. The speed and rhythm is lost and the stroke has to start again; it doesn’t flow.

Many of our rowers have developed ‘erg technique’ which gives them a slightly longer, but weaker, stroke on static ergos. They allow the hips to collapse at the finish so the pelvis rotates back. They get to backstops with their weight back on the seat, sitting on their buttocks rather than their ‘sit bones’.

This causes slow body movement at the transition from finish to recovery and is highlighted on the RP3 by the seat moving on the next following stroke. Keeping the hips active, the pelvis supported and weight on the ‘sit bones’ creates better posture around the back end and allows better sequence and rhythm, as well as protecting the lower back from injury.

We tell rowers to think about keeping their rib cage high through the finish – it gets them to use their core to set up good posture.

Shoulders in Front of Hips

Leading on from good position around the turn at backstops, we notice that rowers who sit back on the seat during the recovery tend to drag the seat towards their feet (and the machine). Those who get the weight onto the feet keep the seat still and allow the feet to approach the seat.  Getting the shoulder in front of the hip before the knees come up is our focus to achieve this.

Pop the Knees, then Release

We want our rowers to stay connected to the footplate through the finish to maximise the effectiveness of the draw in moving the boat. At the change from drive to recovery it is important to get the timing right, with proper synchronisation of the upper body, hips, knees, and feet. At some point the rower changes from pushing the footplate away to allowing it to come back towards them (driving the boat on and then letting it run).

At the point where we want to let the footplate come back we need to be in a good position, with arms out, pelvis forward and shoulders in front of hips. The movement into this position needs to be quick. As soon as the rower feels they are resisting the footplate from coming back towards them they need to relax and allow that movement to happen. We talk about ‘popping’ the knees up a tiny amount before releasing the tension in the knee to allow the footplate to glide towards the seat. This pop isn’t a tug on the foot straps, it’s just a quick transition onto the slide at the end of a dynamic change of direction around the finish.

Tomorrow we’ll show you the videos we shot of the athletes.  We welcome your comments on what we’ve done so far.

What do you think we could coach better?  Or differently? 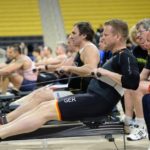 How to find my Concept 2 drag factor

Posted on October 21, 2019May 21, 2021 by Rebecca Caroe
Rowperfect are the Rowing Education experts. Not all knowledge is found in training courses or coach education.  We know… read more 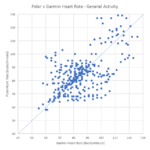 Data Integrity: when to trust your rowing data?

Posted on August 3, 2017October 29, 2020 by jrzaleski
Verifying the Accuracy of Measurements-Introduction In my last post on tracking rowing data, I received a comment regarding… read more