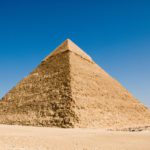 Back in the dim and distant past, when dinosaurs roamed the land, rowing was an amateur sport and I was an active oarsman, the standard model for sporting excellence was a pyramid.
The received wisdom was that the road to excellence followed the idea that “The broader the base the higher the peak”.  Both club and national sporting administrators wanted more people rowing so that the top crews were faster.
Then the model changed; the new breed of professional manager and coach were driven solely by success at the top level and they concluded that they were better off just searching for the best athletes and ignoring the ordinary.  This system is often known as the “piles of pennies” model.

Don’t worry about the broad base, seek out the talented athletes and look after them.  This is now the dominant paradigm in high performance and we see it in most sports.  In New Zealand the RowingNZ Regional Performance Centres (RPCs) and the various National Academies.  (As an aside what would Plato have made of us calling a sporting institute an academy?)  In Britain rowing has the World Class Start programme.  This idea of nurturing an elite that can perform at the highest level seems to work.  High level sport, and certainly high level rowing, is getting better and better (or at least faster and faster).

There are costs and downsides though.  Taking the best people away to high performance programmes denudes the clubs.  This is something we see all around sport.  All Blacks don’t play for their clubs anymore and, increasingly, not even for their provinces.  Top rowers seldom compete for their clubs and are reluctantly released by National teams for brief periods.

But what is happening down at club level where most of us are?

Rowing for children, particularly girls, is booming.  It does though seem that fewer and fewer young adults are competing in organised team sports.  Events like the NZ Rowing Championships are increasingly dominated by children and are less relevant for the elite.  Many rugby clubs are struggling to field senior teams.  It seems that our young adults are either playing more individual sports like mountain biking or skiing or just not involved in sport 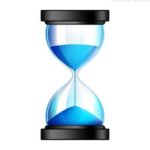 At the same time we have an explosion of older people wanting to row.  This seems to be a worldwide phenomenon – it certainly is the case in the countries where I have rowed, and events like the >Masters Games and >World Masters Regatta are booming.

All these trends are posing a challenge to our rowing clubs.  Many clubs are now a mix of older people and children with no middle group.  Lots of people wanting to row has to be a good thing but finding coaches, organising how to share boats and facilities can be difficult.  I call this new model rowing club the hourglass model.

What shape is your rowing club?  And how are you going to face the challenges of the new demographics of our sport?

Be sure to check out Holland’s next post in the series: ‘A new model for rowing clubs’

5 thoughts on “What shape is your rowing club?”

Posted on December 12, 2012October 23, 2020 by Duncan Holland
In the online dictionary I use one of the definitions of routine is: regular, unvarying, habitual, unimaginative, or… read more

Monthly Prize Draw for May

Posted on June 1, 2013October 21, 2020 by Brad James
Each month subscribers to the Rowperfect newsletter are included in a free prize draw to win one of… read more

Posted on September 18, 2012October 28, 2020 by 007shenqian
The double-pause slide exercise. Lots of coaches use “single strokes” or “pause paddling” exercises to teach the crew… read more