I have been reading some of our older posts and one post really got me again. Ducan Holland has written it

“The art, though difficult, may be acquired by imitation of a good practitioner, and, once it is mastered, constitutes one of those delightful combinations of strength and delicacy in which is found the chief charm of the higher athletics.”

Wise words, well written words, slightly pompous and old fashioned words, but words with some application to our obsession I think. We have blogged about this. These words were true a few years ago and are true today.

Rowing can be thought of as an art, even if it is practised in craft.  Strength is certainly necessary for good rowing.  Delicacy is perhaps not a word that we use often about our sport but the placement of a blade at a rate of 40 + certainly requires it.  And, if we use athletics in the old meaning of sport in general then I would passionately argue that rowing deserves to be classified as at the higher end of such endeavours.

So who was the sage who wrote the words and what is his connection to rowing?  The author was Sir Herbert Maxwell a landed gent from Scotland who flourished around the turn of the 19th century.  He is described by Peter Behan as a polymath, which given his impressive list of accomplishments and writings seems fair to me.

Although he attended Cambridge University I can find no suggestion that Maxwell rowed.  So about what was he writing in the piece above?  Salmon fishing, specifically casting a fly.

Not on the surface an occupation much like rowing.  But worth a thought nonetheless.  Our athletes should certainly pay attention to our current best practitioners.  A certain attention to delicacy could also help some of our larger and stronger specimens go faster for the same effort.

And, not least, for me Sir Herbert gives a reminder that writers on sport can aspire to write well.  I hope some of my prose reads with some of the grace he brought to his writing about fishing.

Note to our readers

Posted on August 1, 2017October 14, 2020 by Rebecca Caroe
Rowperfect’s good friend Coach Tara sent this message Hello, thanks for your help to get the word out… read more

Warming up for Rowing – How to get it right Part 3

Posted on October 8, 2012October 28, 2020 by Raf Wyatt
In our last part of this mini-series on how to warm up, Raf Wyatt shares her insights. Have… read more 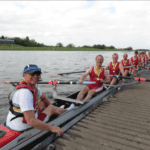 From LTR to National Champions in 10 (Easy) Steps

Posted on June 24, 2016October 22, 2020 by Rebecca Caroe
A guest post series by Mike Landers of Marlow Rowing Club.There are 3 parts… click the links at… read more