Advertisements
This Sunday we have something very special for you! We were able to ask psychologist and mental coach Dr Annelen Collatz a few questions about rowing! Dr Annelen Collatz has been working with the athletes of the German Rowing Association for 8 years and supports them in achieving their goals. We all know that rowing is not only a physically exhausting sport but is also challenging way beyond your arms and legs. And that’s exactly where Dr Annelen Collatz supports the prestigious German Eight. In today’s post, you will find answers to questions about how you can deal with defeat in a better way, create a good atmosphere in the boat and what defines a good coach!

I worked as a lecturer at the University in Bochum some time ago and a rower, who rowed for the German national team, attended my master’s course in business psychology. I asked him about the calluses at his hands and if he needs some lotion for his hands. He declined and told me that he’s a rower. Later I supervised his master’s thesis on the subject of high-performance rowing. As a result, we spend a significant amount of time not only talking about his thesis but also about the mental state of a rower during races. He recommended, that I should talk with his coach, because he felt, I was helping him not only with his thesis but also with his rowing performance. And all of the sudden, I found myself preparing the crew of a boat for the Olympic Games. After their success, which, of course, was primarily due to the two athletes and their coach, I started to work with the German Eight in autumn 2012.

Sometimes, things can be a bit rough between teammates in a boat. What is a good way to reduce interpersonal problems/aggression?

The most important thing is to calmly talk about the different points of view early on. Try to do that at a time when feelings have cooled down a bit and the tension is not as high anymore. Try to find a quiet place and please be open to the opinion of your teammate.

Think about your own feelings first and the role you played in the confrontation. Ask yourself what made you angry or even aggressive at that point. The biggest problem is often, that many only blame their teammate for the problem and do not look at their own behaviour or reaction at all.

“The second place… Again…” – What are good techniques for dealing with “not winning”?

Try to leave the emotions in a protected space. If you are disappointed, that is a feeling that also needs its own space and time. Try to answer the following questions for yourself: What exactly am I disappointed about? What does it feel so bad finishing “only” second? What’s the best part about finishing second?

A well-founded debriefing of the race with the athletes and their coach(es) should take place sometime after the race. It will give you the opportunity to look at all the different parameters together. Finding the problems can already have a positive influence on the next race.

Being a colleague or being a tough coach? What does a good relationship between coach and athlete look like? And with which principle are you likely to be more successful on a mental level?

You shouldn’t choose a one-sided approach. Athletes need a coach they can trust, whom they go to when something is bothering them – at the same time, they need some distance. You want the coach to tell you what to do. You don’t need another buddy for that. Finding the right approach is a balancing act. I hear again and again that athletes want a coach whom they respect and who they trust to guide them to a better performance. To do this, a coach sometimes has to make tough announcements and decisions but they can do that without being authoritarian. Clarity and straightforwardness might be a good starting point.

Are you interested in coaching and innovative coaching methods? Or do you have questions about a better work-life balance? Have a look at the AC-Campus! 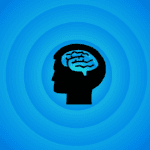 Is Mental Toughness appropriate for rowing?

Posted on November 15, 2018October 15, 2020 by Rebecca Caroe
Is Mental Toughness All It’s Cracked Up To Be? asks Jason Dorland – and gives answers to our… read more

Posted on September 30, 2018May 21, 2021 by Mohit Gianchandani
The Mind’s Eye – by Jimmy Joy The evolution of the Athletes’ Skills and Consciousness A fascinating book… read more

Success is in the heart of a rower