The 2020 Olympic regatta course is ready to host Olympic Athletes. The Sea Forest Waterway and its Salt Water Canal will be a challenge for boats and material.

Our Olympic rowing venue is located in Tokyo Bay and is ready to go. Still a few months away, much to the delight of Sydney Olympics gold medallist and current International Rowing Federation president Jean-Christophe Rolland.

The course, which is 2,300 metres long, sits next to a former landfill site, which has been turned into a forest in time for the Games.

Built by the Tokyo Metropolitan Government, the venue will have seating for 2,000 that can be increased to 16,000 for the Olympics and Paralympics. The rowing site has been free of water-quality issues.

On a sunny but blustery day, the conversation revolved around the possibility of wind affecting race conditions on a course with very little natural protection from the elements.

Where is the 2020 Olympic regatta course in Tokio? 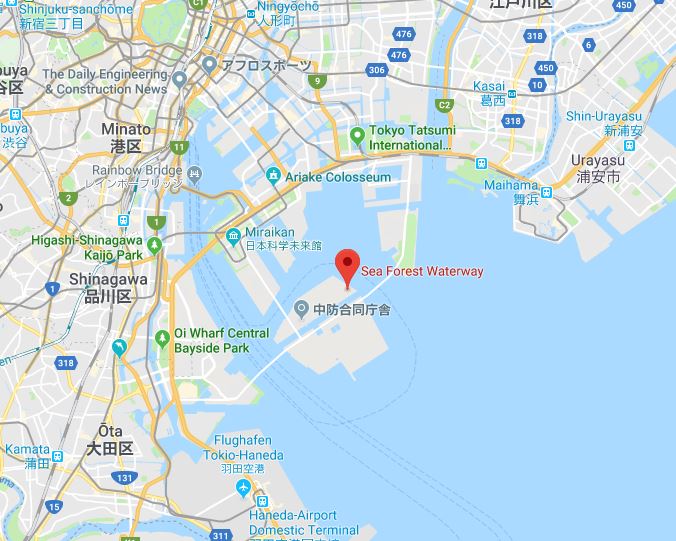 Our Olympic rowing venue is located in Tokyo Bay, just a few minutes from Down Town Tokio. The rowing site offers a panoramic view of the city — and Mount Fuji on a clear day — and was built behind dams and water gates to protect from waves and tides.

The course is between two island, being built in the 1970ies. These two island were uses as a base to reclaim land for the expanding population of Tokyo. Their major use at that time was as landfill areas. The two islands are separated by a 2.3 k canal. Our rowing track.

Newly constructed venue for the 2020 Olympic and Paralympic Games

FISA president Rollande commented: “Of course the wind, if it is too strong, might be an issue but this is the fourth time I have come here to Tokyo and this is the first time I have seen it so strong,”“On an eight day program I hope we will find time easily where the wind is not too strong and that we can have a good competition.” Participants at the Junior Champs found the conditions fair.

The channel is structurally separated by a pumping system of the bay of Tokyo, so no tidal influence. The water depth is about 6 m.

Why not something different. The channel contains salt water. For lake and river rowers a strange thing. Corrosion and rust develop very quickly.  More Info?

Posted on March 24, 2014October 22, 2020 by Tobi
Since moving to DC last fall, I’ve had the opportunity to get involved with an incredible club and… read more