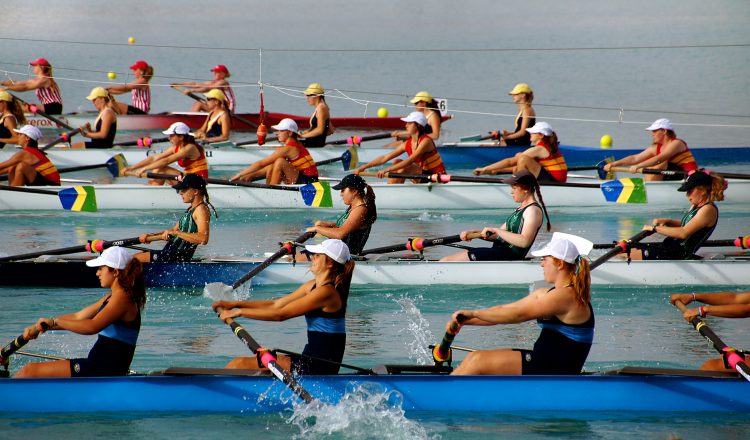 If you’ve ever spent any time on the water, then you’ll know that rowing isn’t just about pulling hard or keeping a rhythm with your teammates. This sport is a punishing workout for both the body and mind, but as we said, you know this. So, it surprises us that while some athletes of other sports seldom use the rowing machine at the club gym, few see it as an integral part of their daily training regimen.

As you are probably all too aware, rowing is an incredible upper body workout that works the shoulders, upper back, and lower back. It’s also a way to focus your mind on maintaining consistency when it comes to specific sequences of movement. So, what athletes would benefit from a solid rowing training program?

Well, the ability to maintain consistency in sequences of movement makes rowing the perfect training for golfers. They need the mental focus to be able to repeat the same motion time after time. They say that a golfer’s swing is everything, and being able to reproduce the same swing time and again is one of the basic skills required before moving onto various other aspects of the game. And what better way to do so than with rowing. The repetitive nature of rowing trains the mind to find comfort and success in maintaining a constant. Sounds perfect for the budding golfer if you ask us.

Then we have football. Now it’s no secret that England’s footballers will need to be supremely fit to stand any chance of World Cup success, and after an unbeaten qualifying campaign, the nation is quietly confident. But we all know what’s going to happen. As the days go by, the team will tire as they just can’t handle that much exertion in such a short span of time. Now, if they had incorporated rowing into their training regimen, things might look a little differently.

There’s no doubt that footballers are fit and their ability to run for 90 minutes nonstop would back that up. But players often require at least two or three days of recovery after any match. Rowers, on the other hand, are built for strength and stamina and as such, their recovery time is much shorter. Bring a scheduled rowing program into the football camp, and you’ll see a noticeable jump in stamina levels and a significant decrease in recovery times.

But let’s not limit rowing to the gym. Take the most unified team from any sport and put them on the water and you’ll see more than a few crabs caught in the first minute or so. Rowing as a team builds up a camaraderie and reliance on your teammates, unlike any other sport. If one player on the rugby pitch is having an off day, the rest of the team can pick up the slack. With rowing, everyone has to be on point, working in tandem with their teammates.

Therefore, rowing can be considered one of the best team-building exercises out there, and the fact that football clubs and rugby clubs don’t utilize it in this way is nothing short of shocking. Think of the connection between four Premier League defenders on the same row team. Their understanding and reliance on each other would create a close-knit ‘us’ mentality that would be hard to crack. We could make the same case for rugby players at the lineout.

These are just a few of the sports that could benefit from rowing training. What about cycling, running, climbing and even boxing? We imagine there are few sports in the world that wouldn’t benefit from incorporating a rowing program into their training regimen. From both a mental and physical perspective, rowing has it all. If only players from other sports could just see it.

Posted on July 20, 2019October 14, 2020 by Howard Aiken
Success planning for rowing club? Is that possible? Howard Aiken has spoken about this some time ago. Most… read more

The Psychology of Rowing: Gaining that Mental Edge

Posted on July 28, 2015October 1, 2020 by Stella Celosia
There aren’t many other sports that require such a sharp psychological edge as rowing. It’s a grueling sport,… read more