Have a look at our Back Friday Sale!

This day is well known throughout the English Speaking World. A synonym for discount shopping. We all know Black Friday as a big shopping day after Thanksgiving. This year is special with the ongoing pandemic and not too many options to shop in city centres. We have prepared some offers especially for you! Have a look at our shop!

Interested in the history of Black Friday? Read further!

Do we know where and when it originated? We did some research in the web and found some good explanations:

The first recorded use of the term “Black Friday” was not applied to holiday shopping but to a financial crisis: specifically, the crash of the U.S. gold market on September 24, 1869. Two notoriously ruthless Wall Street financiers, Jay Gould and Jim Fisk, worked together to buy up as much as they could of the nation’s gold, hoping to drive the price sky-high and sell it for astonishing profits. On that Friday in September, the conspiracy finally unraveled, sending the stock market into a free-fall and bankrupting many.

The most commonly repeated story behind the post-Thanksgiving shopping-related Black Friday tradition links it to retailers. As the story goes, after an entire year of operating at a loss (“in the red”) stores would supposedly earn a profit (“went into the black”) on the day after Thanksgiving, because holiday shoppers blew so much money on discounted merchandise. Though it’s true that retail companies used to record losses in red and profits in black when doing their accounting, this version of Black Friday’s origin is the officially sanctioned —but inaccurate— story behind the tradition.

In recent years, another myth has surfaced that gives a particularly ugly twist to the tradition, claiming that back in the 1800s Southern plantation owners could buy slaves at a discount on the day after Thanksgiving. Though this version of Black Friday’s roots has understandably led some to call for a boycott of the retail holiday, it has no basis in fact. A perfect example of Fake news.

So, what is the real thing? Wikipedia helps:

The true story behind Black Friday, however, is not as sunny as retailers might make you believe. Back in the 1950s, police in the city of Philadelphia used the term to describe the chaos that ensued on the day after Thanksgiving, when hordes of suburban shoppers and tourists – having a day off – flooded into the city in advance of the big Army-Navy football game held on that Saturday every year. Not only would Philly cops not be able to take the day off, but they would have to work extra-long shifts dealing with the additional crowds and traffic.

Rowperfect is the world’s largest rowing Platform. We have nearly 148.000 views every month. This goes from Auckland and Paris up to San Francisco. We will offer discounts on limited items for the rowing community. We do not know how you will perceive this. Maybe you find it terrible, that the rowing community offers discounts on their products. Maybe you like it. Maybe you think it’s a wonderful way to find a good Christmas present. Well, you decide. And please feel free to give us feedback.

Back to our story:

By 1961, “Black Friday” had caught on in Philadelphia, to the extent that the city’s merchants and boosters tried unsuccessfully to change it to “Big Friday” in order to remove the negative connotations. The term didn’t spread to the rest of the country until much later, however, and as recently as 1985 it wasn’t in common use nationwide. Sometime in the late 1980s, however, retailers found a way to reinvent Black Friday and turn it into something that reflected positively, rather than negatively, on them and their customers. The result was the “red to black” concept of the holiday mentioned earlier, and the notion that the day after Thanksgiving marked the occasion when America’s stores finally turned a profit (In fact, stores traditionally see bigger sales on the Saturday before Christmas.)

The Black Friday story stuck, and pretty soon the term’s darker roots in Philadelphia were largely forgotten. Since then, the one-day sales bonanza has morphed into a four-day event, and spawned other “retail holidays” such as Small Business Saturday/Sunday and Cyber Monday. Stores started opening earlier and earlier on that Friday, and now the most dedicated shoppers can head out right after their Thanksgiving meal. According to a pre-holiday survey this year by the National Retail Federation, an estimated 135.8 million Americans definitely plan to shop over the Thanksgiving weekend (58.7 percent of those surveyed), though even more (183.8 million, or 79.6 percent) said they would or might take advantage of the online deals offered on Cyber Monday. 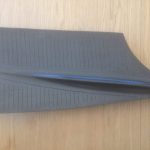 How can holes in a blade make the boat go faster?

Posted on September 25, 2018October 15, 2020 by Rowperfect UK
Once in a while something special comes along that looks set to transform the sport of rowing. The… read more 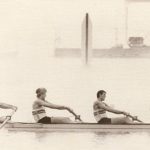 Posted on June 24, 2015October 1, 2020 by adrianen
Happy Olympic Day everyone! Photographic proof that you don’t have to look good to win – it is… read more