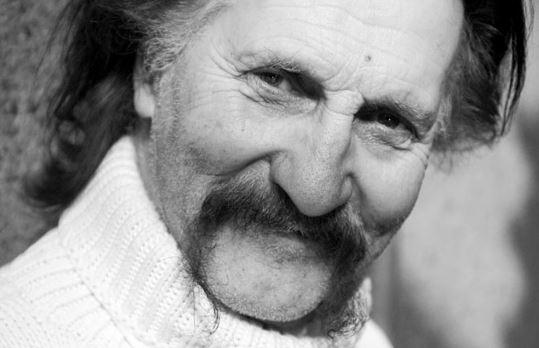 A prototype eight was designed by Luigi Colani and proposed to Karl Adam, coach of the Federal Republic of Germany’s Olympic eight, in 1972.  Adam, always a friend of new technologies, likes the idea to reduce boat weight. A one-piece titanium frame incorporating outriggers is covered by an opaque composite skin (expoxy, glass and carbon fibre), resulting in a very strong boat weighing only 65-70 kilograms, about 40 kilos less than the lightest eights then available. 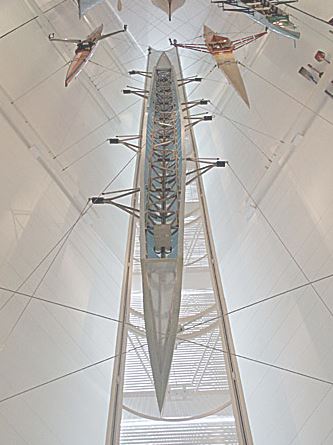 First tests performed in Switzerland showed: the boat was not rowable. Unconventional in every way, the boat proved very fast in a test, but was disabled by a fault in the

seats which run on ballbearings on three tracks.A sliding seat system with 3 rails. The rowers got stuck on their seats. Inaccurate parallelism and strength made Colani to repeat and improve the boat system. Colani worked hard to change details and handling of the eight. Even during the semifinals he worked in a rowing shop close to Munich to modify the boat. The test crew in Ulm failed to row the boat. It sunk.

Unfortunately, the the boat  was never used, earning the nickname Glass Casket. Empacher provided finally the boat for the final. But we would like to add: Looking at today’s boats technology – Colani’s thinking to combine epoxi resins with foam and carbon fibers was right. It was the details and the lack of the designers rowing experience which made the project fail.

For those who want to see the renovated boat, find it in the River and Rowing Museum in Henley

Posted on July 28, 2021July 29, 2021 by Patrick
After the rescheduling, the first six finals took place today at the Olympics in Tokyo! And it was… read more

Fantasy Olympics – Enter today and you could win £150 of rowing gear!!!

Posted on August 3, 2016October 21, 2020 by Rebecca Caroe
Think you know rowing??? Enter the 2016 Fantasy Olympics and if you predict the results of the Olympic… read more