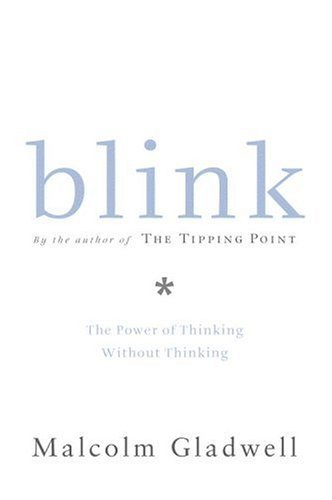 My last blog was an attempt to look at Talent ID in rowing through the eyes of the justly famous commentator on things modern, Malcolm Gladwell.  This one deals with another of the themes he has looked at; the art and science of the snap judgement.

In Blink, Gladwell looks at how we make instant judgements, and perhaps surprisingly, finds much evidence that humans are often better at decision making when they don’t ponder long and hard and weigh alternatives but simply accept what their instant reaction to a situation tells them.  I won’t detail the arguments behind this surprising thesis but the underpinning is the idea that large parts of the brain work unconsciously and, often, very accurately.  Apparently the way our brains evolved has left us with various structures with differing tasks and ways of doing things.  What we sometimes call instinctive reactions are simply hidden bits of the brain doing their thing.

Most coaches are familiar with this idea for physical actions.  Being in the zone, or in a state of flow describes the feeling all good athletes know of the times when the sport is easy, time has slowed down and things just seem to happen as you want them to.  This experience was first described by the psychologist Csikszentmihalyi.

Now does this have any relevance to coaching rowing?

I think so.  The first time I was prompted to think about instant impressions was while watching the well-known coach Kris Korzenowski instructing young Dutch coaches as we cycled along the banks of the Bosbaan.  Kris would position himself on the water side of a coach, say “Look at the crew.” give them a few seconds to look at the crew and then move to block the view of the crew and demand “OK, what will you change in the crew to make it better?” An instant answer was required.

What Kris was doing was encouraging the young coaches to look at the whole crew and see how they rowed.  All too often we look at individuals and coach by “correcting faults”.  This is fine as far as it goes but fails to address more important things.  Many so-called faults are not important as demonstrated by the imperfections to be seen in all top crews.

The next time you are out coaching your crew take time to step back a bit and try to look at the whole rather than the parts. Get some distance from the crew, look away and think of something different and then look back at the crew for a few strokes only and try to get an overall impression.  Now look away and analyse your impression. Are they rowing long or short? Are they accelerating each stroke or are they stroke or are they one paced? Is the boat running well or is it bouncing and stopping?

The next step is to decide which area you want to improve.  What struck you as the most obvious? OK, now go back to the crew and address that issue and that alone. If they looked short then work on length. If you want acceleration look at the leg drive and so on.  Try to ignore individual foibles and focus just on the whole crew.

Time is always limited for coaches; we just don’t have enough of it to do all the things we want too with our crews.  The best way to maximise coaching effectiveness is to focus on what is most important, and often you can see that in the blink of an eye.

One thought on “Malcolm Gladwell’s ‘Blink’ applications for Rowing”

Posted on August 31, 2017October 14, 2020 by Rebecca Caroe
Each month subscribers to the Rowperfect newsletter are included in a free prize draw to win one of… read more

Posted on October 11, 2018October 13, 2020 by Rebecca Caroe
You’re off for a rowing training camp during the holidays. What should you expect? What will the coaches be… read more

Posted on November 25, 2011October 21, 2020 by Spring
Even the sport of rowing is not immune to colourful fans – you know the ridiculous costumes sported… read more