Take a rowing tour to Spain; you will fall in love with the beautiful estuaries of Cantabria. This is a 5 night and 6 day rowing holiday opportunity to discover the beautiful bays and estuaries of Santander, Santoña and Bilbao in Northern Spain.

Rowing in Europe and Exploring Cantabria have created a wonderful vacation opportunity to discover Cantabria and Vizcaya by rowing in their traditional rowing boats called the “trainera”. This is a fixed seat rowing boat that was used for historic whale fishing.

The Bay of Santander is the largest estuary on the North coast of Spain, with an length of 22.42 km² going to 9 km long and 5 km wide. This bay is part of the group of the ‘most beautiful bays in the world’. We will start the Spain rowing tour holiday enjoying two days of rowing along this wonderful and impressive bay and the nearby Cubas estuary.

On the third day we will go to Laredo from where we will start our excursion along the bay and marshes of Santoña up to the bridge of Colindres and then cover the estuary of the Treto river. You will also be delighted while rowing in this area as it is part of a natural park reserve with great views and the opportunity of doing some bird watching too.

We will be spending the two last nights in Bilbao, so that you can do some land-based tourism including visiting the wonderful old town and its famous Guggenheim Museum. In any case, you will have the opportunity to spend an unforgettable rowing day on the O Nervión river in Bilbao (Vizcaya). Rowing from Deusto to the Ribera Market which is right in the city centre.

On our last day, we will be picked up from the hotel in Bilbao and taken to the airport in Santander or Bilbao (your choice).

How much rowing is in this holiday?

Most rowing sessions will be divided into 3-4 hours during the morning and afternoon sessions combined; and we will be rowing about 16 km a day (the final route will vary depending on the group’s skill, fitness, interests and tides). During rowing activity, a support boat will be alongside us for safety and look-out surveillance.

We have two separate departures for the Santander Bilbao rowing holiday.  24-28th July 2018 and 21-26th August.  Yes, you’ve spotted it – one is a five day tour and the other is a six day tour.  Prices per person start from Euros 1,350.
Download the Tour brochure for the Estuaries of Cantabria and Bilbao Itinerary
Enquiries and booking information – contact volker@rowing-in-europe.com sending your completed Rowing in Europe Application Form 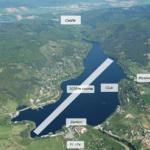 Posted on September 17, 2018October 15, 2020 by Rebecca Caroe
Are you a Masters rower who wants to boost his technique under the guidance of world class coaches?… read more 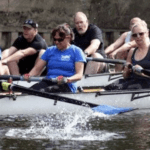 Our rowing eight can’t get in time 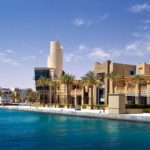 Posted on May 15, 2019October 14, 2020 by Tom Wall
Some say, rowing is as old as humanity. Many findings in different cultural areas were proving, that rowing… read more