Next time on RowingChat, we have a special guest just for YOU! 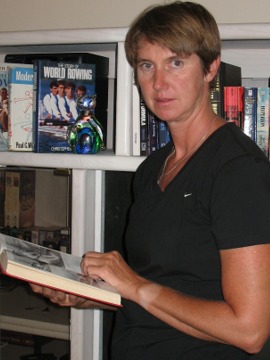 If you are looking for tips and advice about improving your technique and becoming a more competitive Masters rower, coaching and advice doesn’t get any better than Marlene Royle!

Marlene’s focus on RowingChat will be around master training and technique issues, as well as her approaches to teaching good technique in both sweep and sculling.

Get your Tickets for Rowing Chat

When and where to Join RowingChat with Marlene Royle:

Marlene believes most technical flaws can be corrected with an understanding of the dynamics of the boat, correct orientation within the boat, and by “thinking in the direction of the boat”. This is evident in the way she runs her “training camp” style Roylerow coaching sessions.

A testament to her expertise, masters boats who had trained under Marlene’s tutelage amassed a plethora of medals, including: 6 Gold, 4 Silver, 2 Bronze at the 2015 51st Head of the Charles and 39 Gold medals from 120 events at the USRowing Masters Nationals 2015.

She has also authored two books: Skillful Rowing and Tip of the Blade: Notes on Rowing – Win a signed copy of Tip of the Blade by joining our newsletter in the monthly prize draw! 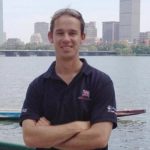 Posted on October 5, 2018October 14, 2020 by Rebecca Caroe
RowingChat this week is with one of the most successful high school rowing coaches in the UK, Ryan… read more

RowingChat: Rowing Technique as you Age

Posted on August 9, 2018October 21, 2020 by Rebecca Caroe
Marlene will talk about how to adapt your rowing and sculling technique so that you can continue to… read more