Chris George wrote a critique….. reproduced in full below.

Rowperfect stands for excellent technique. We believe it’s very important to demonstrate accurately and clearly what movements you want your athletes to make when rowing,  sculling and coxing.

Having a correct explanation and incorrect video of athletes is a common problem.  Anyone seen the “Go Faster with Foster” DVD?  It’s full of footage of athletes in the boat with Tim Foster doing it wrong – especially the short slide drills.

We sparked a row with the ‘powers that be’ over their photograph of ergo technique used for a national advertising campaign.

Which side of the discussion do you favour?

Want a quick check up on good rowing technique?  Take a browse over to the Rowperfect store where you can download Rosie Mayglothling’s slides “British Rowing Technique“.

The companion document of Drills and Exercises for British Rowing Technique was written by Rowperfect UK and sets out 10 drills that reinforce the base technique.

The Critique of erg technique

When will you guys learn how to row properly? You have a great coach in Ben and this is exactly how NOT do to it properly. (Sorry Adam it is not personal).

I am now motivated to put a similar video out with points 1 to 15 using one of the 8 rowing simulators you guys should learn to use! Watch this space!

5 thoughts on “How (not) to demonstrate rowing technique”

Posted on May 14, 2015October 22, 2020 by Rebecca Caroe
We ran a reader survey to find out where you go for your rowing education resources and the… read more 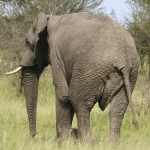 Posted on July 2, 2018October 16, 2020 by Rebecca Caroe
When you watch a golfer hit a shot many times they look down at their divot which they… read more 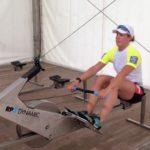 5 Exercises to Make You a Better Rower, Part 2

Posted on January 19, 2019October 15, 2020 by StrengthCoachWill
It is my philosophy that the weight-room is for building strength and health, not for high-rep light-weight “endurance”… read more