Strapped in or strapless?

Read about an interesting experience of Howard Aiken who explains the benefits of a strapless foot stretcher while beein on your erg.

According Aikens view  which he expressed here, the foot-straps on every ergo meter are there for the athlete’s safety and any coach who feels that he or she would be compromising their athlete’s safety by doing without them on low-rate endurance ergs should feel free to ignore this blog. 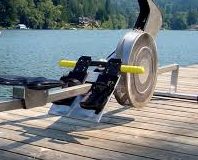 Feet out: rowing strapped in or strapless on your Erg. Train your Hip Flexor Muscle

For those still reading, here’s an interesting observation. He routinely teach beginners to do any erg sessions at 20 spm or lower, without straps. A recent group of student beginners arrived at the club already trained on the erg and he introduced them to strapless technique. After a short erg some of them reported feeling that they were doing much more work with their hip flexor muscles – exactly the muscles which would be working more consistently to maintain their upper body posture when using the erg without straps. That is a good thing. It meant that they were now using muscle to compensate for the support they had been getting from the straps, particularly at backstops. 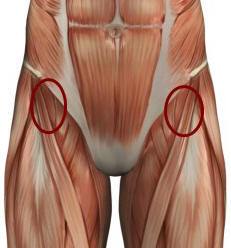 Rowers are only made aware that this is effect if and when they are asked to row “feet out” (i.e. feet outside the shoes) and even though this awareness helps, without the development of the hip flexor muscles on the erg (by doing low rate endurance sessions without the straps), they won’t have the muscle tone to correct it.

So with the caveat on safety at the top of this blog, Aiken encourages coaches to develop strapless / feet out technique on the erg as a real aid to boat stability. Give it a try.
Photocredit: Concept 2, RP3, Athletico.com

6 thoughts on “Feet out: rowing strapped in or strapless on your Erg?”

Winning teams show off Rowperfect use

Posted on June 1, 2012October 28, 2020 by Rebecca Caroe
Rowperfect’s Facebook page has different content and discussion from this news blog and join the group. Facebook is a… read more

What news? Online in rowing this week

Posted on January 27, 2012October 21, 2020 by Rebecca Caroe
Here’s your weekly opportunity to enjoy tales from others who also love rowing.  This weekly round-up is for… read more