Nothing drives erg scores down faster than some friendly competition. Combine this insight with data driven analytics and you have Erg Slayer. Head coach of the

University of Notre Dame Men’s Rowing Team, Mike Lehmann, developed and launched the website in 2016 with the goal of promoting competition within a team in an organized, efficient fashion.

Frustrated by collecting erg scores and manually tracking improvements, Lehmann put his degree in computer science to work. Erg Slayer takes every piece of information a coach, coxswain, or rower could want and formats it in an easy to interpret, easy to access website. Athletes can view in advance the workout schedule, the day’s targets, and their own, as well as others’, past scores. After a workout, the website takes the information entered and shows, from fastest to slowest, each athlete’s split, rate, totals meters, time, and his or her split change from the last time the workout was completed. Each team can customize what data to enter and display. The sheer amount of data Erg Slayer compiles and orders would be overwhelming to interpret using spreadsheets and handwritten notes. With Erg Slayer, it’s easy to stay organized and to show athletes exactly where they stand and who they need to beat to move up.

The platform is constantly adapting and improving based on the needs of its customers. Since launching, Erg Slayer has learned a lot about what its customers need and want out of the program. Its most recent developments include the ability to track class schedules and tie them into a useful lineup creator so that teams can launch as soon as they arrive at the boathouse. Erg Slayer has also developed a mobile app, launched this past winter, to make data entry on the ergs quick and painless. Other unique features include the ability to “like” a teammate’s workout. The “like” feature helps Erg Slayer to promote, not only competition within a team, but community and support among athletes.

Erg Slayer aims to be an inclusive, accessible technology. Analytics and big data sound expensive, but Lehmann wants his platform to remain available to teams of all sizes. Erg Slayer’s goal is to eventually move away from improving teams to improving the entire sport of rowing. The next step for the platform is to create a way to advance coaches. Lehmann is currently developing a way to plan more effective workouts and targets based on historical data. Imagine if a website could help coaches plan the best possible training schedule for a group based on past results and proven success. The possibility to turn every athlete into a champion would finally seem like it’s within reach. 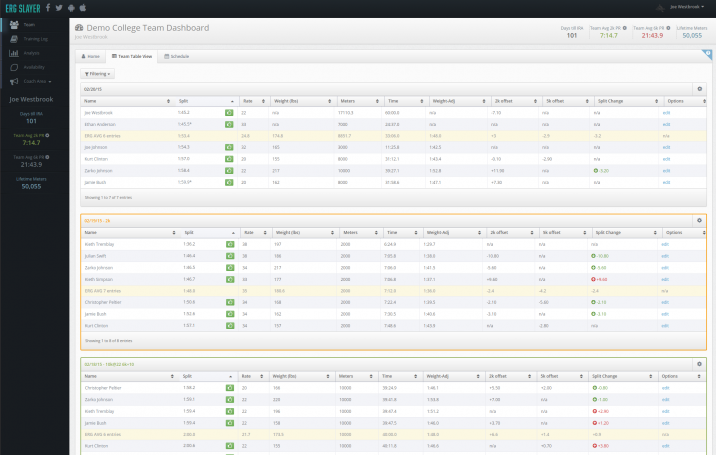 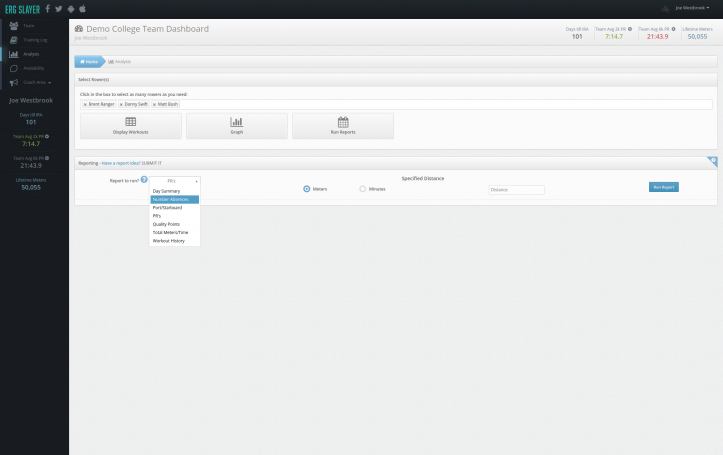 One thought on “ErgSlayer.com Brings Big Data to the Rowing World”

Posted on June 11, 2018October 29, 2020 by Rebecca Caroe
A guest post by David Dearlove of DeflectionPoint – Includes a discount for Rowperfect readers Having finished reviewing… read more 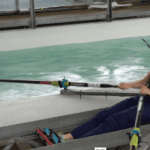 Posted on July 24, 2018October 21, 2020 by Rebecca Caroe
Although often thought of as a “pulling” sport, in fact, rowing is much more dependent on the “pushing”… read more

Posted on April 11, 2018October 2, 2020 by Rebecca Caroe
If your club collects member’s personal information, you need to be aware of this. British Rowing event –… read more