And here’s a review from Sudbury Rowing Club who tried the Coxmate Audio amplifier. 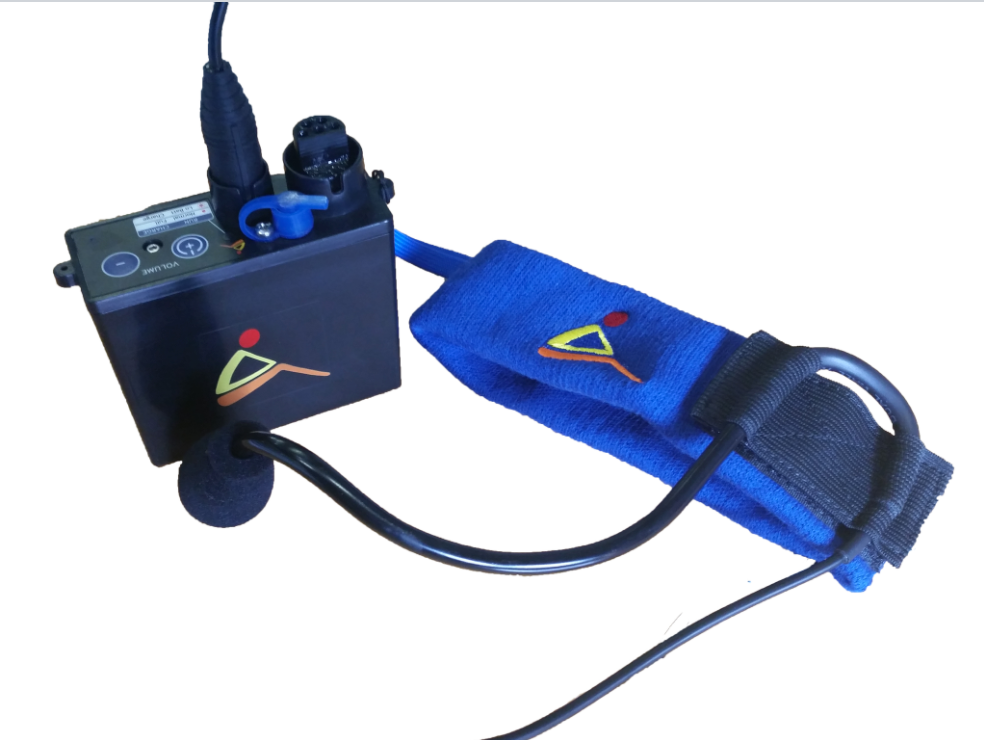 The audio only version obviously does not have a rate meter, but we were doing a UT2 outing with 2 1500m pieces at 28 so my stroke-man had the GPS unit for that outing and I then used it in the pair.

As you know, the Coxmate Audio box has a belt clip, a wrist carrier and an arm band that you can clip the box to. I would imagine that the arm bands could get lost in a club setting. I found mine when I got home, having forgotten to take it off when I switched from coxing clothing to rowing clothing between outings.

The crew reported that the audio is much better than the NK unit we usually use, and that the sound quality was markedly improved.

However, the charging is fiddly, you have to put two pieces together and then charge. I think that it could be easy to lose the converting piece in a club setting.

Comfort wise I liked the headband set up a lot. I wear glasses and the NK strap set up makes my glasses go wonky, so your setup was much better as it allows room for glasses legs, I would need to experiment a bit more with how to attach the box to myself, but in a bowloader I did feel safer with this than the usual NK system that is stashed in its holder.

Coxmate GPS with Audio as an alternative to the NK Coxbox

Regarding the GPS unit. I like the way it attaches to the boat, much easier than the NK Speedcoach foot strap system and therefore easier to move from boat to boat. It is very sensitive on the rate, in that it splits it into decimal points as well as whole numbers. That didn’t bother me but the stroke-man in my 4+ was a little disconcerted by it.

The splits are useful, as is the speed.

I am in the process of trying to convince my club that we need GPS equipment in order to aid us to find out what makes each crew go faster!!

Pricewise it is unbelievably competitive compare to the Speedcoach 2, and it is easier to attach to the boat. The battery lasted for both outings (3 hours in total) and the outside temperature was between 0 and 4 degrees.

Therefore my only slightly negative feedback is that the charging unit needing to have 2 pieces made me worried that the converting piece could get lost, and I was also worried that the armbands may also go walkies – however I also think that I need to experiment with the armband system further.

Are your oars safely stored in your boathouse?

Posted on August 6, 2014October 21, 2020 by Rebecca Caroe
How good are you at storing oars so they don’t crack or split?  So the handles aren’t damaged?  So… read more 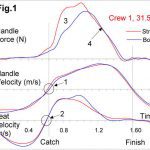 The Physics of Rowing Faster

Posted on December 29, 2018October 15, 2020 by Rebecca Caroe
Thanks to Charles Carroll on RSR for spotting this video from the Physics of Life series about the… read more