In case you enjoyed reading the Boys in the Boat blockbuster about the Berlin Olympic US mens 8 crew…. take a read of this. 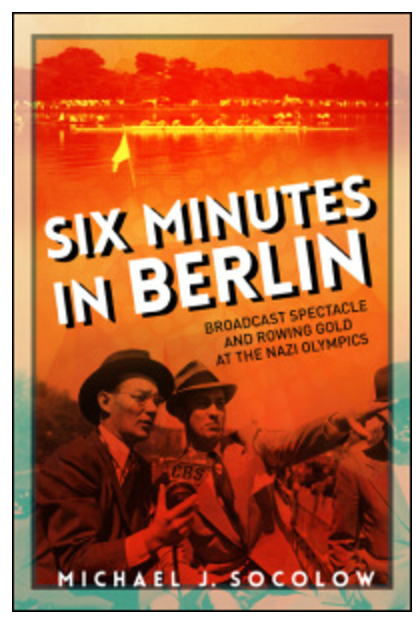 Seems Dan Brown was second to the party but swiped the financial prize.

After reading this article on Inside Higher Ed (we have highbrow tastes!)

Michael told us he is a rower.  I rowed for Columbia University (my brother was captain of the lightweight team at Columbia a few years before me, and my grandfather rowed for Columbia in 1914-1916) and then for the King’s Crown Rowing Association after graduation.  Unfortunately, it’s been years since I’ve been in a boat.

Michael J Socolow was researching something else when he came across the story source material in an academic library.

One day in early 1999, I found myself awaiting the retrieval of books in the main reading room of the Jefferson Building at the Library of Congress. ….Passing the time by strolling through the alcoves circling the giant room, my eye caught the spines of a group of slim volumes resting on a shelf. They were a series of oral histories compiled by the LA84 Foundation, an organization assembled by the 1984 Los Angeles Olympic Committee that was tasked with, among other things, providing scholars and students with historical materials related to the Olympic Games. One volume contained an interview with Gordon Adam, a member of the University of Washington’s gold medal-winning crew team in Berlin in 1936.

And so his interest was piqued and he started to work on the project.  It wasn’t plain sailing. 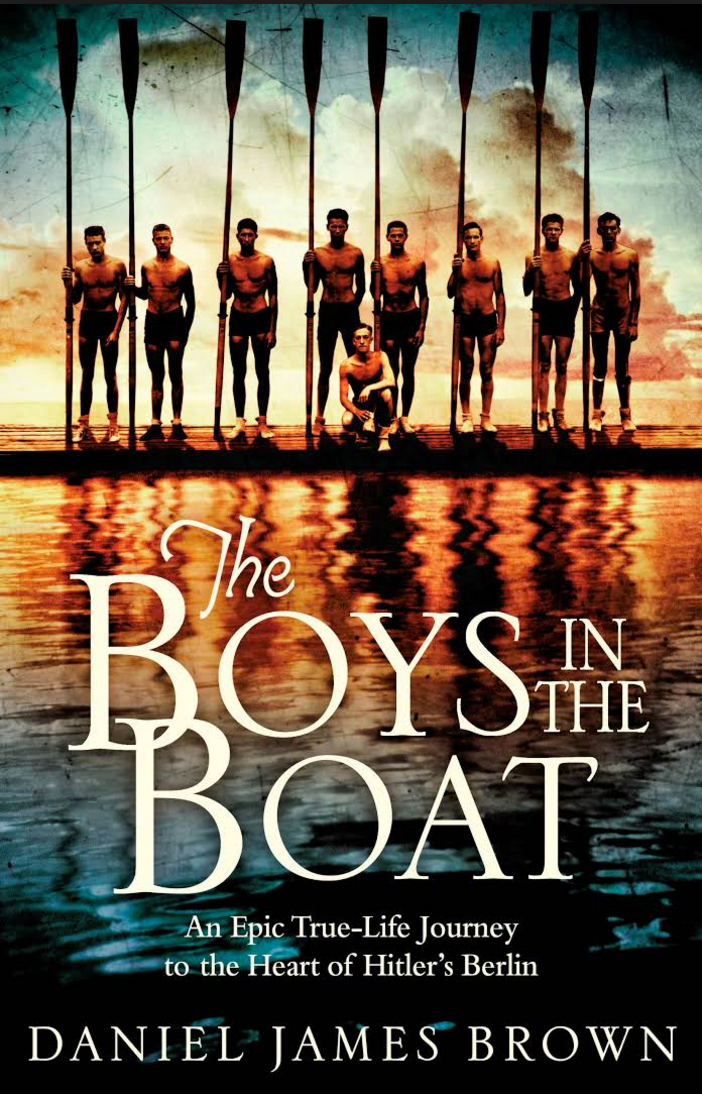 Boys in the Boat book

I started to seriously pursue the book. I wrote a book proposal, a sample chapter, a magazine-length version of the story and even a 750-word op-ed about this incredible Olympic moment. I never considered composing the story as a dry academic or scholarly tome. Nor did I have literary pretension. Rather, I wanted to bring the story alive and engage the public journalistically, reporting the facts interspersed with the words and voices of the Olympians themselves. The story, it appeared to me, required little embellishment.

Getting close to chasing a publisher interest seemed to grow and then mysteriously disappear.  And Michael found that Dan Brown had gazumped him, so to speak.

As an academic, what frustrates Micheal are factual inaccuracies.

But I am disturbed that inaccuracy and embellishment is apparently acceptable when writing history for popular audiences. For example, Brown offers this dramatic opening to the race broadcast: “At 9:15 a.m., the voice of NBC’s commentator, Bill Slater, began to crackle over KOMO’s airwaves in Seattle, relayed from Berlin.” But according to NBC’s records in the Library of Congress and numerous other sources, Bill Slater was in London that evening preparing to cover the next day’s White City track meet featuring Jesse Owens. The rowing final in Berlin actually started at 9:02 a.m. Seattle time, and anybody tuning in to NBC would have missed it because the network widely publicized the wrong starting time in newspapers around America. Only those people tuning to CBS would have caught this Olympic exclusive. Yet these facts don’t deter Brown. “NBC’s Bill Slater was screaming over KOMO’s airwaves in Seattle,” he informs his audience at a particularly dramatic moment in the race narrative. This did not occur.

Join Rowperfect in helping to set the record straight and buy yourself a copy of the book – Six Minutes in Berlin.

Spracklen strikes back at British Rowing