If I had three words to describe Richard Ayling who has just died at the age of 64 they would be: passion, commitment and fun. He was a giant of a man, who loved, just loved, the sport – every bit of it. He always wore his heart on his sleeve. And his laughter – Richard could take a joke as well as dish them out – was always raucous. His life touched so many who helped make our sport great. But it would be typical of ‘Lurch’ – his ‘70s nickname given to him by his crewmates in Bob Janousek’s British squad – to give credit to others. Make no mistake though; British rowing owes a debt to Richard Ayling.

The briefest list that follows only really scratches the surface of his impact.

Richard began his rowing career at KRC in May 1970,  the then captain Graham Orris took him out  in a tub pair, that same evening he put Richard in a four and later an eight the same night. He was hooked. 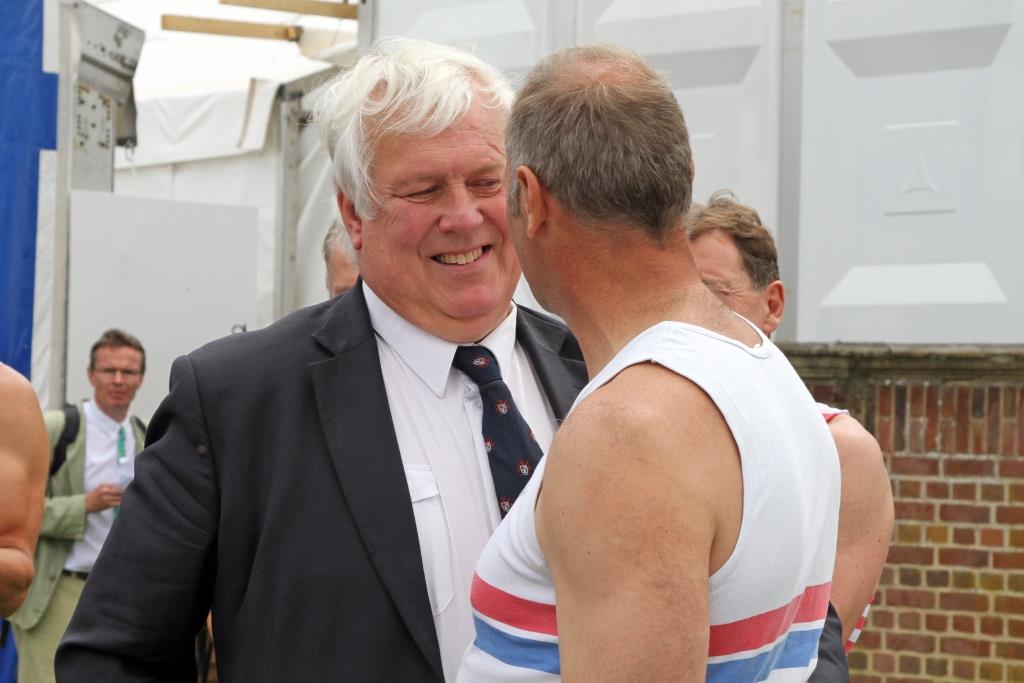 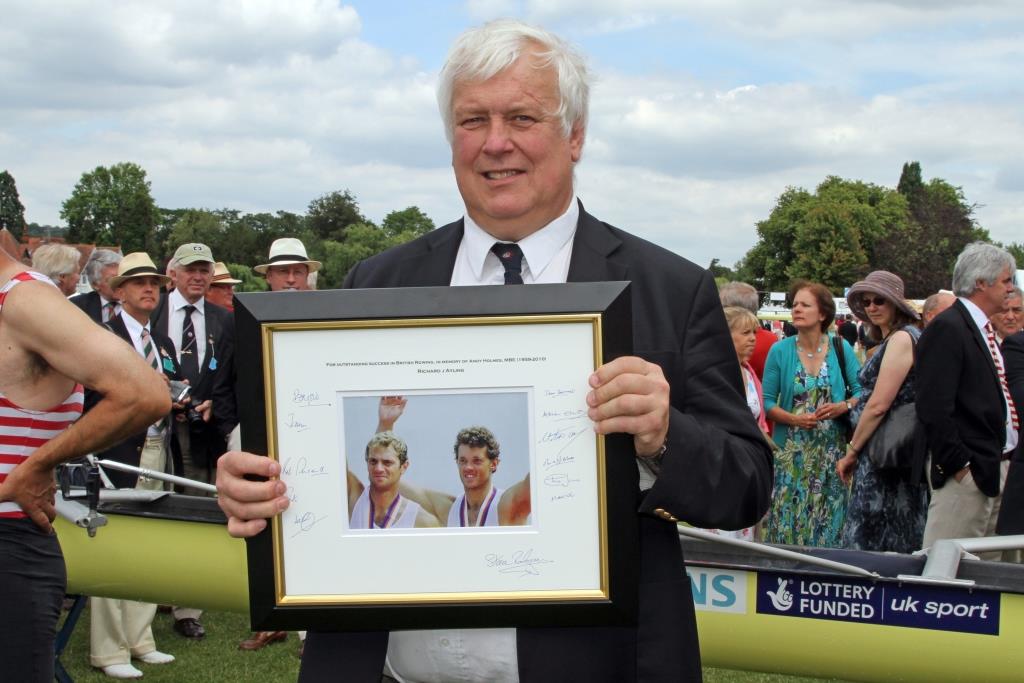 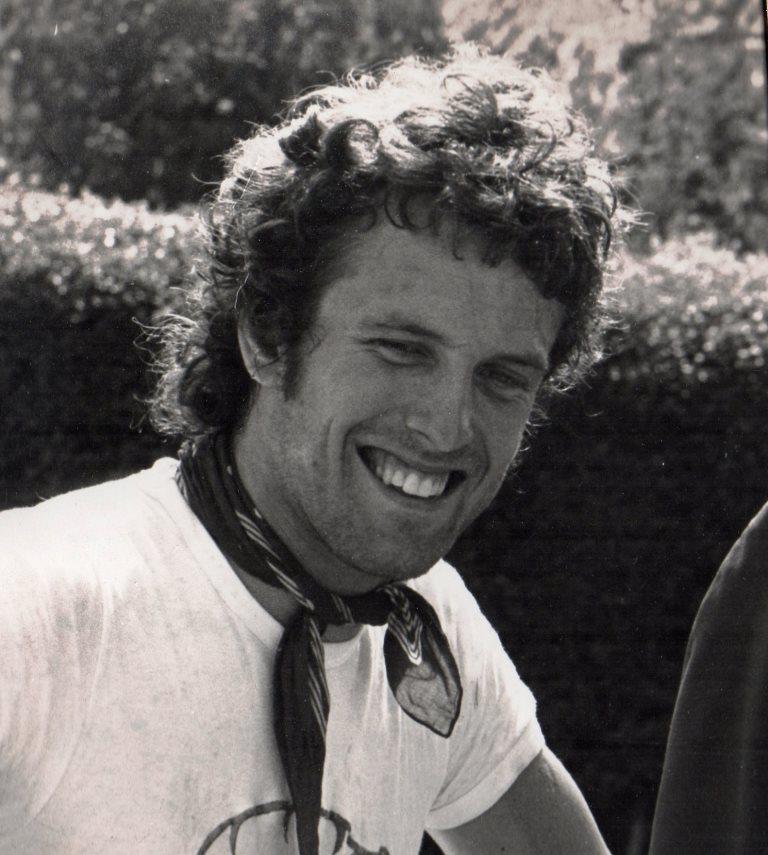 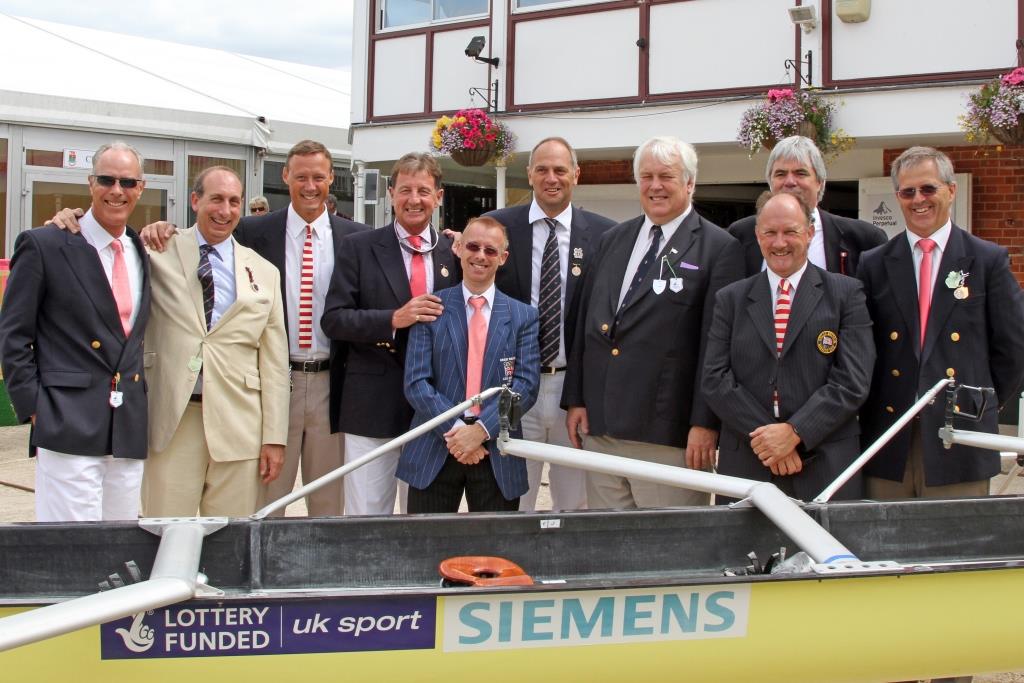 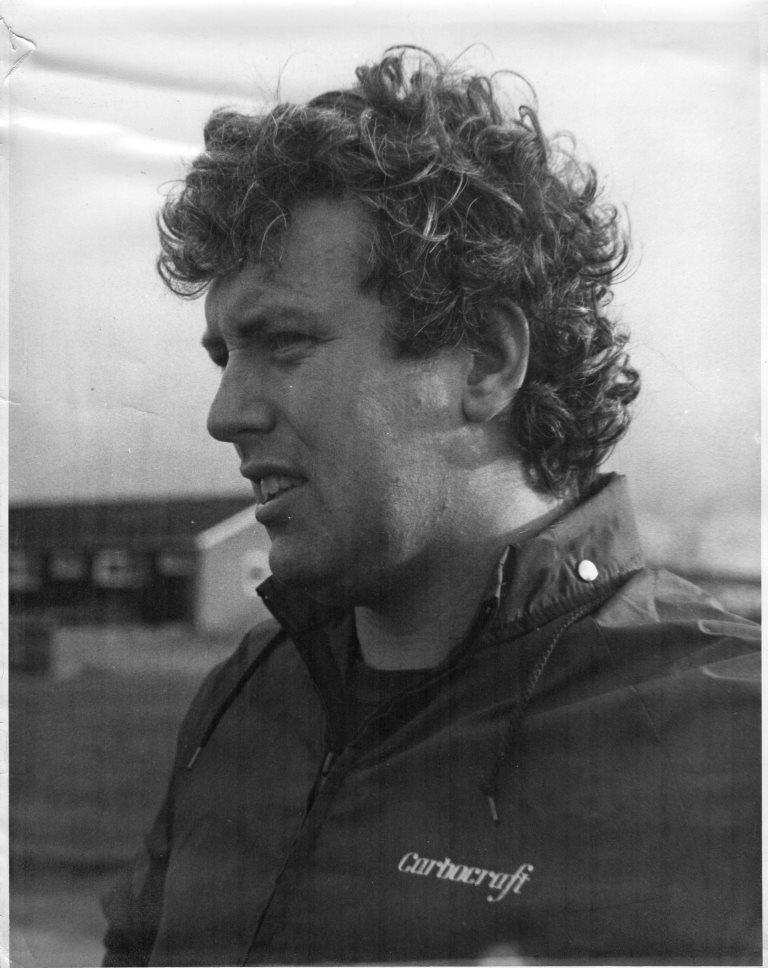 Richard won his Novice pot at Richmond. In ’71 in a ‘Junior 8’ along with Bob Pinsent, Guy Lewis, Mathew Christie. In June ‘Orris’ took Richard out of the 8 to row with ‘Gus’ Gait, Les Billig and Gabriel Steer to race as the ‘Brit’ 4 at Henley Royal that same year.  Richard moved swiftly through the statuses.  The next year he rowed briefly in a pair – again with ‘Gus’ Gait before joining Bob Janousek’s newly formed national squad.

As a top international rower, he was in the British ‘Squad’ Eight in 1974 which won the Tideway HOR – the first year that no other crew was awarded a ’30 sec’ certificate. He won the Grand in 1975 with KRC member Tim Crooks in an epic battle. The Harvard crew, which they raced in the final – had set a new course record in the ‘Semi’s – lowering it by some five seconds.  Richard’s eight won by over two lengths beating Harvard by two lengths! He narrowly missed a medal in the coxed four that year at the ‘worlds’. In the Montreal Olympics, Richard raced in the coxless four.

Richard and Astrid married after the Montreal Olympics in 1976 becoming one of the very few married couples who have both won a Henley medal, Astrid sculled with Pauline Hart (now Pauline Peel) at the time.

That might be ‘enough’ but not for Richard. In 1977, he moved into coaching. Armed with the experience of Janousek’s programme and a knowledge of how the top German crews then trained he developed a generation of international stars. He returned to KRC with immediate effect he won the Britannia Challenge Trophy at HRR  in 1978 (With ‘Boysie’ Reynolds, ‘Gus’ Gait, James (Sven) Suenson-Taylor and Simon Leifer (Lief) and Peter Elliot (Termite)

Richard was only the 2nd person to be made an honorary life member of KRC. He followed Ron Needs who coached the KRC ’69 HRR winning crew.

From his beloved Kingston Rowing Club, he took a club crew to the 1979 Worlds. This began a ‘glittering decade (1978-1988) for KRC – with multiple and consistent wins at HRR and representation at International level. In 1981 Richard produced three ‘club’ crews (M4+, M2- & W2x – all KRC members) which represented GBR at the World’s in Munich

That year his M4+ boat, which by that time included Andy Holmes, not only made the final but gave the ‘unbeatable’ East Germans a huge shock by leading them right through to the final part of the race. This feat and their Henley win in the same year, was acknowledged in 2011, when Sir Steve Redgrave rowed down the course in Holmes’ seat and later presented Richard a memento of that unforgettable achievement

In between training sessions he worked for the family business and crafted the wooden blades that, back then, most of the world used to race with. He edited the successful ‘Rowing’ magazine for many years and later moved into making boats. Redgrave, Holmes, Pinsent, Cracknell were just some of the names that won Olympic gold in Ayling’s shells.

He continued to coach internationally through to 1986 and until recently was still an active coach to: club, university and school students up and down the Thames.

Outside of rowing he loved cars, with an impressive collection of models in his house. And it was at home that Richard fulfilled his most important role: a devoted family man. He died at home on 1 st November of heart failure after several months of treatment for arrhythmia. He is survived by his wife Astrid, their children: Roxy, Kristina, Alex and by his sisters Lynda and Gillian.

How to video your crew – a new E-book

Posted on September 7, 2011October 22, 2020 by Rebecca Caroe
Rowperfect has just released a new E-book!  Part of our Rowing Coach series, this is the comprehensive how-to… read more

Posted on August 7, 2013October 29, 2020 by Tobi
A Regatta to remember Chris George, the ex-University of London oarsman has had a Henley to remember. On… read more

Get the slides: How to coach using Rowperfect

Posted on September 10, 2012October 28, 2020 by Rebecca Caroe
How to coach rowing and sculling using Rowperfect from Rebecca Caroe read more