Republished with permission from HearTheBoatSing blog by Greg Denieffe: 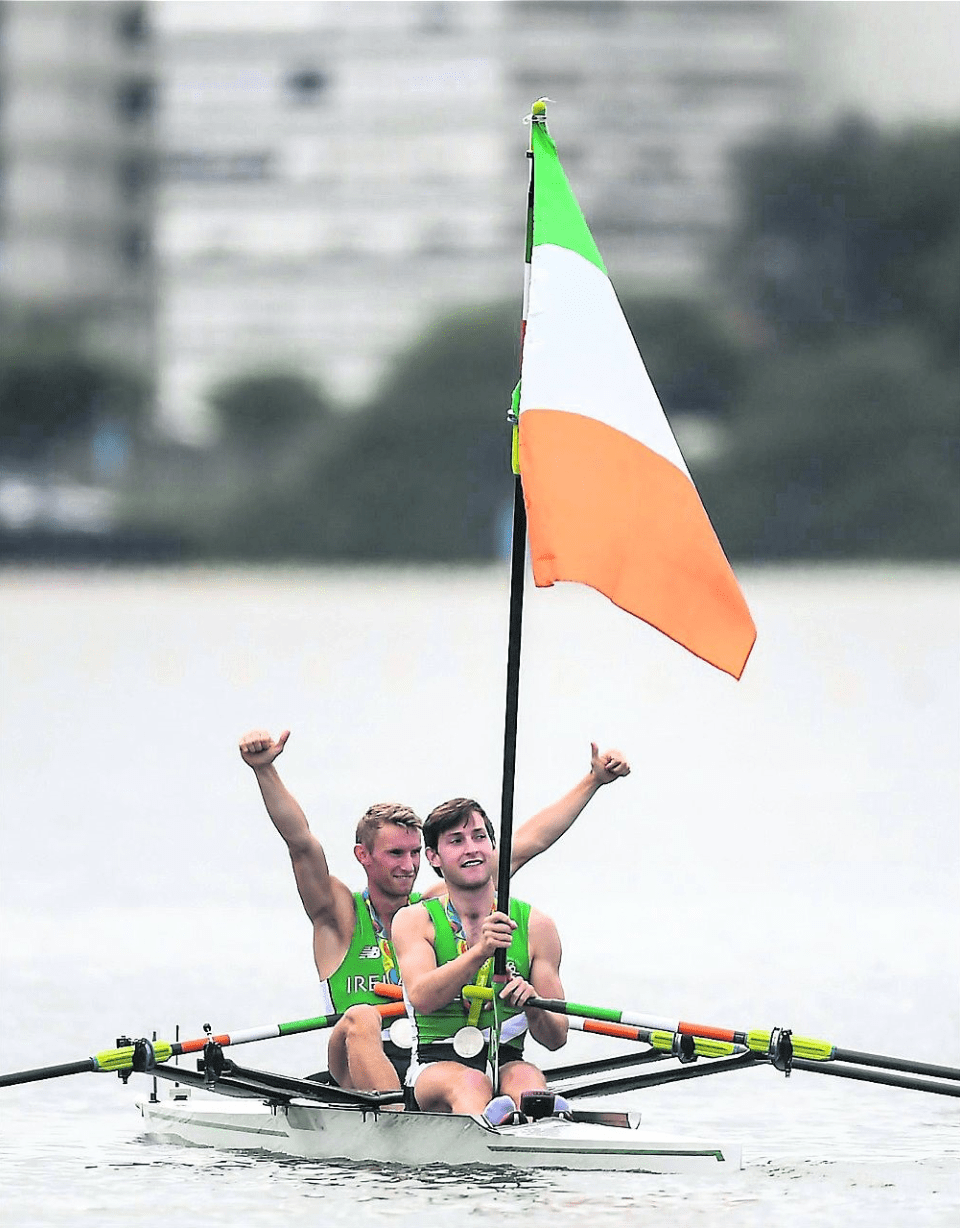 A long time ago, in a small Irish town, a young boy learnt a very valuable lesson. The year was 1976 and the boy was very interested in the Olympics being held in Montreal. You see, the boy was sure that Séan Drea, a fellow Carlovian and one of the best scullers in the world, would win an Olympic medal in rowing for Ireland. Drea performed very well in his heat and superbly in his semi-final, which he won breaking the world best time in the process.

The final was a harsh lesson about not counting your chickens, especially those of a golden, silver or bronze hue, before they are hatched. In a controversial race, and at a time when performance enhancing drugs were being used legally by many athletes, Drea finished fourth and out of the medals behind the Finn Pertti Karppinen. Karppinen was very patient in the race and let West German, Peter-Michael Kolbe take what looked like an unassailable lead. Kolbe had taken a lactic suppressant which had the side effect of suddenly wearing off with 500m to go and the rush of lactic slowed him down dramatically, allowing the flying Finn to scull through and claim the gold. East Germany took bronze and I shed tears as Drea finished fourth and out of the medals.

Forty years have passed since that day and many more fourth place finishes have been achieved by Irish athletes at the Olympics. Only this year, the wonderfully loquacious Thomas Barr, a 400m hurdler, joined the club and simultaneously became the country’s heartthrob. He joined Drea, Eamon Coughlan (1976 1,500m and 1980 5,000m), Sonia O’Sullivan (1992 3,000m) and several others (including Kevin Babbington, Eoin Rheinisch and Annalise Murphy) in the nearly club. 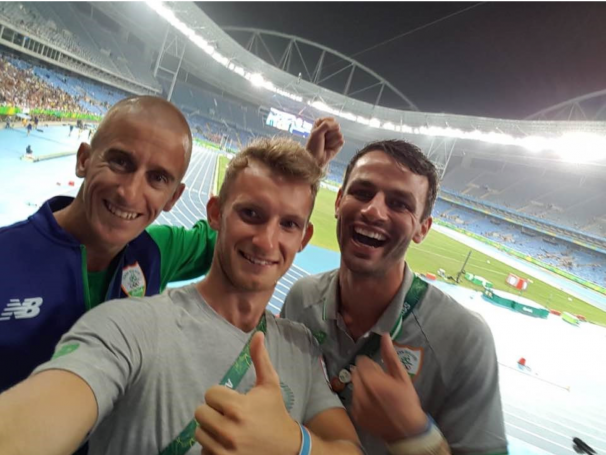 A selfie by Gary O’Donovan with Rob Heffernan (left) and Thomas Barr (right). Heffernan a five-time Olympian (2000 to 2016), finished 4th in the 50km Walk in London in 2012 and in March 2016 was upgraded to the bronze medal position after the race winner, Sergey Kirdyapkin (Russia), was eventually disqualified after a protracted appeals procedure. Photo: Gary O’Donovan.

Of course there was more heartbreak for the rowing fans along the way – the men’s lightweight four of Neville Maxwell, Sam Lynch, Tony O’Connor and Derek Holland matched Drea’s placing in Atlanta in 1996. By then, I was hardened enough to take misery to the nth degree but cry, no chance.

Others crews showed potential but an Olympic medal was never really more than a dream. I took delight in the successes, whatever they came in: boxing, walking, sailing; I even joined the ‘four legs good’ brigade when show jumping came to our rescue, but I never cried when we lost.

This year, Ireland qualified three boats for Rio and my expectations were high. All boats in A finals would be nice; competitive at the sharp end in those finals a possibility; a medal – don’t push it; you know what happened the last time and the time before that. However, things turned out differently this time and despite racing in an outside lane in the final, the lightweight double of Paul and Gary O’Donovan, raced magnificently to put themselves, Skibbereen and Ireland on the medal table for the first time. They got to wear their podium-pants (rowing having long ago done away with the actual podium) and I got to cry unashamedly. I was not the only one: Neville Maxwell, he of four world championship medals, found it hard to keep his emotions in check on national television.

Many column inches have been written, not only in Ireland but around the world about the silver-medal duo, partially because they were so relaxed in their attitude to the whole Olympic experience. Their post-race interviews have attracted close to 1.5m views on YouTube. So much has been written about them that I decided that to even try and match some of the articles would be foolish on my part. A wonderful example of what was written is an article by the Irish Independent journalist Eamonn Sweeney called “O’Donovans’ triumph carved from solid Skibb”.

Yet, I wanted to do something to celebrate their achievements both in Rio and in Rotterdam a couple of weeks later when Paul won the gold medal in the men’s lightweight single at the World Rowing Championships.

With a little help and a lot of encouragement from my 10-year-old daughter, I ventured into the world of iMovies. Feature length films have been made in less time but in the end we managed to make something just over four minutes long, add a backing track (that wasn’t muted on upload) and put it on YouTube. Well, as Bonaparte was wont to say ‘A good sketch is better than a long speech’.

A final note from Rowperfect:  Rowing Ireland has since decided not to renew the contract of Don McLachlan the head coach announced March 2013 with a photo from Rowperfect’s archive.  Interestingly, the announcement on the IARU website is now a broken link.

Posted on August 13, 2008October 23, 2020 by Rebecca Caroe
Duncan Free is blogging on his own website. He reflects on the journey he and Drew Ginn have… read more

Nathan Twaddle tells us how he prepares for race day

Posted on August 15, 2008October 23, 2020 by Rebecca Caroe
Nathan Twaddle is in the New Zealand M2- and writes a fantastic summary of what it takes to… read more