Wow – have a look at the regatta entries for the BaselHead this week. It looks like the world’s top single scullers are meeting in Switzerland. All join to participate at the 2019 BaselHead race, the larges 8+ Head race in continental Europe. 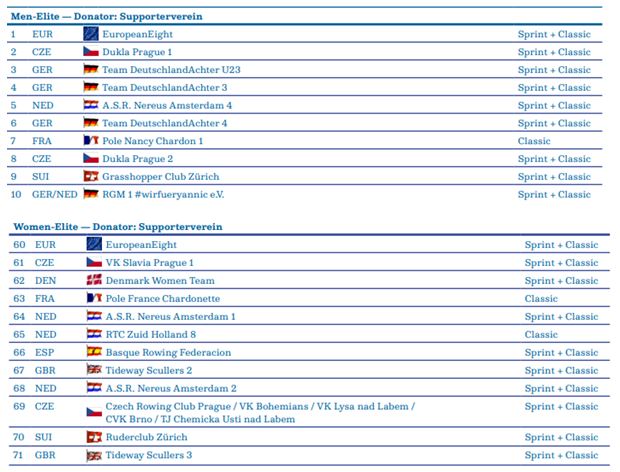 Disguised as two “EuropeanEight Rowing Team” all top European Single Scullers will be sitting in an 8+. All scullers are top performers, world champions, European champions or Wold Cup winners. In Basel they call it the “European Eight Rowing teams”. It feels that we will have a second European Rowing Championship. Lucerne, the second, just in Basel this time. Many of them are qualified for the Tokyo 2020 Olympics.

The EuropeanEight Rowing Challenge- more than a European Rowing Championship

The single scullers are facing many challenges during the 2019 Baselhead race:

From individual rowing to Crew rowing:

The top European Single Scullers will be rowing in an 8+ Crew. They  will listen to a cox, absorb the stroke and stroke rate from the stroke person – a feeling they need to get used to. Changing a boat and moving into a new crew is not as easy as we think.

Changing from sculling into rowing might be a challenge. No problem for the Sinkovic (CRO) Brothers. They have been 2- World champions  and World Champions in their 2x. They handle their oars perfectly.But how about Jeannine Gmelin (SUI) or Magdalena Lobnig (AUT)?. Will Olli Zeidler be able to get the same pressure in his eight as he did when winning the World’s in Linz?

How will Jason Osborne (GER), Steff Broenink (NED) and Olli Zeidler (GER)  do with light weight rowers as Michael Schmid (SUI). Can they evenly apply power during their stroke? Schmid, crew captain of the men’s eight who I met at the media briefing tells me:

…we will sort out who is doing bow and who is doing stroke. Off course we consider everyone’s physical constitution. We all know each other from the race courses. And hopefully the two training sessions before the race will help to adjust the boat. We have 8 fantastic fighters in the boat.

Off course every top sculler knows how to turn his shell. Turn before you return to the launch dock., turn when your piece ends or when you are close to the lake shore. Turning an eight is different. Turning an eight needs a very different technique. A good crew performance at the BaselHead turn could provide the necessary seconds for an successful race.

Read about the Boston Great eight

Let’s see how they will do. At the end of the day it will be a fun race for them. Aside from Championship pressure.The Baselhead will start on Saturday Nov. 16th. 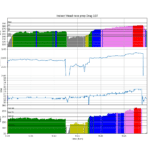 Posted on August 22, 2008October 23, 2020 by Rebecca Caroe
Fran is writing on the BBC Blogs page and summarises how she feels as time passes about the… read more

Setback to French attempt to build an 8

Posted on January 8, 2015October 21, 2020 by Rebecca Caroe
The French rowing magazine blog details the travails of the Federation to build an eight ahead of the… read more