I sat down on a brand new Concept2 Model D at the MidAtlantic Erg Sprints, my mind a gnarly knot of emotions: confidence, excitement, apprehension, humility, awe.

Months earlier I had decided to train for the open womens half marathon (21,098 meters). I set an eight-week training schedule (in hindsight, 12 weeks would have been better) and worked through the physical and mental challenges of a variety of work loads: 5k and 10k pieces as baseline; 12, 15, and 20k steady state; high intensity interval work to promote speed.

I trained at a friend’s Crossfit gym on well-worn Concept2 Model C ergs. Rowers gripe about old equipment, but I made adjustments to the damper settings and found the sweet spot that worked for me. I think more air passes through the fan cases on the Model C, creating a breeze with every stroke, a plus for body temperature regulation. The small studio was warm and humid – great for winter training.

MidAtlantic Erg Sprints, held in Alexandria, VA, is the largest indoor rowing event for juniors in the United States. It draws more than 2,000 participants and offers events ranging from 500m dash to marathon. Although 70% of participants are student athletes, you’ll find top tier masters rowers, experienced veterans, national team members, and Olympic medalists cranking out meters in search of a PR, or even world records.

I didn’t have to look hard to find Esther Logren, 2012 Olympic Gold Medalist in the womens eight; 10-time USA National Team rower and four-time World Champion. She was a late entry into the open womens half marathon at Erg Sprints … and she was sitting on the erg next to me.

So there’s Esther – 6’2?, 29 years old, 16 years of rowing experience, eight years on the national team, in training for the 2016 Olympics. She was kind enough to chat with me in the days leading up to the event, admitting she hadn’t been training for this distance, and asking for input on hydration and nutrition. On the race floor she was all business, saying hello and quickly excusing herself so she could get to work.

And there I was – 5’2″, 37 years old, 15 years of rowing at the club and masters level. Six trips to USRowing Masters Nationals; five trips down the Charles as a coxswain.

The new Model D felt smooth and easy for the first 6k, and I saw splits two seconds lower than my goal. “Don’t burn out,” I told myself. I was aiming for a less-than-mind-blowing 2:30 split. I glanced at Esther’s monitor – 1:52. Whoa!

Suddenly all of the moisture seemed to get sucked out of the air. Cotton mouth set in much faster than I had dealt with in the small, warm Crossfit gym during training. My hydration strategy had to change – instead of a final drink with 6k to go, the bottle hit my lips every 1000m.

And then the brain relents.

What have I gotten myself into? Why?! Shut up, brain! Go legs!

With slightly bruised ego, I finished up at 1:47:28.8, 2:32.8 split and 19spm average. A few minutes behind my goal, and nearly three seconds off my training splits average. If only I wasn’t a rower trapped in a coxswains body… But I finished. I learned some lessons, and am already looking forward to the half marathon next year.

Maybe Esther will be my erg buddy again. 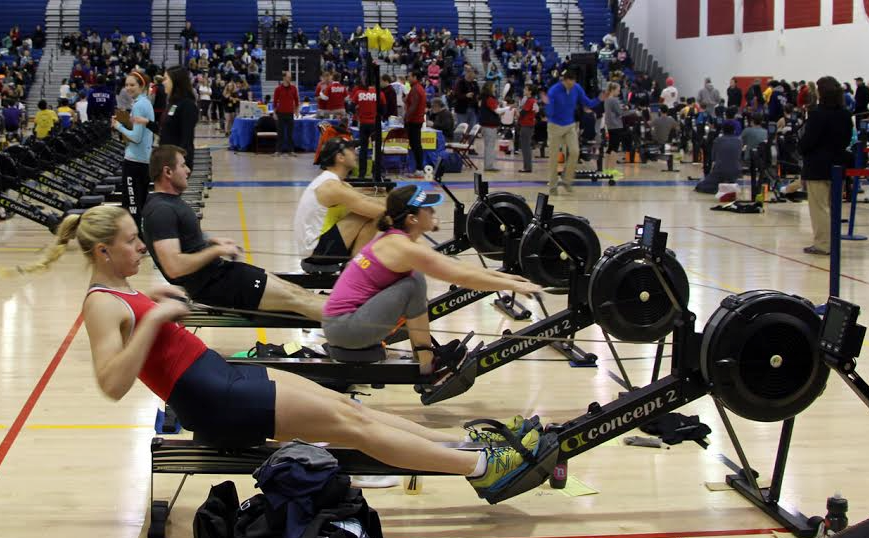 This is an excerpt from the original article posted on RowSource.com.

Send us your photos from your Ergo competitions – who did you row next to?

Posted on August 26, 2014October 21, 2020 by Rebecca Caroe
The Rowperfect UK team had a great laugh on our Facebook page this week as Luke Walton exposed… read more 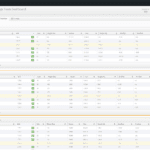 Posted on March 15, 2018October 14, 2020 by Rebecca Caroe
Nothing drives erg scores down faster than some friendly competition. Combine this insight with data driven analytics and… read more

Posted on February 28, 2018October 14, 2020 by Rebecca Caroe
Peter’s excellent book, The Sport of Rowing, includes this advice about force curves How about parabolas? You make… read more