Your weekend long read….thanks to Chris Dodd who contributed this to RowingTales – the anthology of rowing stories.

In 1991 FISA’s annual meeting of all the commissions took place in Zagreb. Having never been to the area, I set off a few days early to explore before rowing matters intervened. Hardly had I reached Heathrow, however, when shots were fired in an unheard of corner of Croatia, the village of Pakrac, a few hours drive east of Zagreb.

What few realised at the time, including yours truly, was that the countries of fragile Yugoslavia were sliding into a Balkan war. These were the first shots.  My only knowledge of the region’s history came from Olivia Manning’s Balkan trilogy. But my boss at the Guardian newspaper was keen to have a story from a man who happened to be on the ground. That is how I became a war reporter.

I hired a car and a student interpreter from the FISA conference, and we set off to Pakrac and parked near the village square. Two Yugoslav army tanks – or were they Croatian Defence Force? – eye-balled the sand-bagged police station across the way, while Orthodox andCatholic churches faced each other from opposite sides.  There were bullet holes in masonry and ‘Greater Serbia’ daubs on walls. The tank man chatted while enjoying a cigarette; the police wouldn’t let us in; both priests declined an interview. Eventually we repaired to a café where locals told stories of rumour and atrocity that certainly qualified as fake news. On the way back to Zagreb my student took me to the terrifying museum at Jasenovac, site of an extermination camp run by the Ustaše in WW2. Pakrac was clearly not a joke. Next day the Guardian was granted an interview by president Franjo Tudman, and somehow I concocted a story that likened Croatian- Serbian relations to the Wild West. I can claim to have trod carefully while unravelling very little.

But I digress. The FISA joint commissions meeting was about to start. Its form is that commissions meet separately or in pairs for a day or two and then come
together for a joint session with the executive and council.  The media’s agenda involved discussions with athletes, medics, youth and women’s commissions to explore increasing publicity and improving press relations, etc. But my chief concern was another Guardian assignment that had come my way because of my frequent visits to Switzerland on rowing business. Namely, to write about Switzerland’s anniversary of 700 years as a state, and specifically, whether the Swiss had a sense of humour.

Our chairman was Paul Kölliker, a genial, very tall journalist from Lucerne (who had a short and wide colleague, thus dubbing the pair the ‘gnomes of Zurich’).
Who better to point the way to an answer? I interrupted his first words by saying,

‘Paul, never mind about issues like how to explain the concept of repêchage to the public – the most important question is: Are the Swiss capable of
enjoying a joke?’

‘Kreeeeeeessss’, he said – he always called me Kreeeeeeessss – ‘I will tell you a true story:

‘One day I was climbing Pilatus [the mountain that broods over Lucerne] when half way up I crossed the path for walkers and was surprised to see a small car with
Austrian number plates reversing up the mountain. As I passed I asked the driver, ‘Why are you driving in reverse?’ He replied, ‘In case there is no turning circle at the top!’ ‘I carried on and then, several hours later, when I was walking down the mountain, I met the car again, still in
reverse. I asked, ‘Why are you still in reverse?’ Full of excitement, the driver answered, ‘Because there was a turning circle at the top!’

For the next day and a half, Paul told a stream of jokes, Swiss jokes, many at the expense of Austrians, most of them unrepeatable in a family setting. Our meeting room rocked with laughter (and continued to do so for all the years that the commission sat), and Zagreb’s conference centre corridor echoed with mirth.

On the last morning, the media commissioners took their seats for the plenary session. In his opening remark of his opening remarks, president Denis Oswald, a Swiss lawyer who was presiding over his first joint commissions meeting, demanded to know the cause of the commotion= exuded from media sessions throughout the proceedings.  As the designated spokesperson for the commission, I rose to my feet and declared that we had made a ground- breaking discovery in cultural understanding. The FISA media commission had unmasked a sense of humour in president Oswald’s countrymen, whether their native tongue is French like his or Schwiizerdütsch like Kölliker’s. 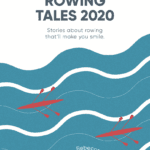 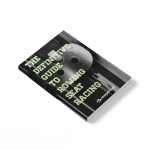 Posted on May 30, 2018September 25, 2020 by Rebecca Caroe
We sent the Seat Racing ebook out to review with coaches, athletes and coxswains and here is a… read more 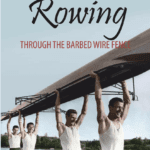 Posted on November 21, 2018October 7, 2020 by Tom Wall
I had the chance to talk to Rima about book. A book we have posted before and which… read more