Due to the huge success with 5270 people from 85 countries participating, it definitely seems like valid idea to further support this kind of rowing competitions.

Mid April the IOC announced the creation of an Olympic Virtual Series including five International Sports Federations and game publishers. It is the first ever Olympic-licensed event for physical and non-physical virtual sports and will start ahead of the Olympic Games in Tokyo.

World Rowing, World Sailing, The World Baseball Softball Confederation, The Union Cycliste Internationale, and the International Automobile Federation are the first five federations to sign up, while FIFA and FIBA have expressed an interest.

The event started with Motorsport – the races with Gran Turismo already began. It will continue with eBaseball Powerful Pro Baseball 2020 and Virtual Regatta SAS. While those 3 sports are completely virtual, cycling and rowing will take place in a physical form. Cycling will use the platform Zwift but it is still unclear which platform will be used by World Rowing.

The global market for eSport is constantly rising and this step can be seen as another move into a modernisation of the Olympic Games, and the effort of the IOC to motivate, interest and include younger generations (we have reported already about Breakdance as Olympic Discipline).

Even though, no platform is known for the rowing competition yet – the dates are set from May 31st – June 23rd.

We will keep you updated on further developments!

View all posts from Patrick Biedermann 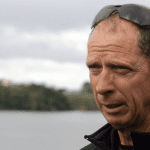 Posted on September 30, 2018October 29, 2020 by Rebecca Caroe
Do you want Coaching from a former Olympic Sculling Champion? We are delighted to announce that we have… read more