Welcome to the summer season! We are seeing a sea-change in club rowing more and more athletes and coaches are prepared to experiment with new equipment than ever before. Being a company that imports new rowing and sculling products, this is very important to us. Without your enterprising spirit we would not be making a success of Dreher, Coxmate, Rowperfect and the MK1 oarlock.] Thank you.

Our continued support for athlete and coach education was rewarded by the best-attended seminar ever. Duncan Hollands slides on Seat racing for crew selection are still available email us for a copy.

Please help us to widen the readership by forwarding this to your rowing friends.

\Richard Smith, Associate Professor, School of Exercise and Sport Science, The University of Sydney has been doing work on comparing results for the Rowperfect flywheel as recorded and produced by the various software versions against the results using Gold standard strain gauges attached to the Rowperfect. The testing involves attaching more than 60 reflective markers to Koen (the willing subject) and finally connecting the myriad of computer, camera and light power cords – it all worked! See photos the computer one is him tying his feet into the RP footstretcher.

Meanwhile, closer to home Jennie Coker of the Sport and Exercise Science Department at the University of Bath is running a research project to compare the timing and velocity of the opening of the back with peak force, time to peak force, and power. She is using a Rowperfect because on-water analysis would be unrealistic and doesnt think findings using a concept 2 would be as transferable to the water. She uses CODA (Cartesian Optoelectronic Dynamic Anthropometer) for positional analysis and then comparing the kinematic data from the hip joint with force time outputs for normal rowing, delayed body opening and early body opening.

And Lucy Allanson-Bailey is also conducting researches at Cardiff University and has promised us a copy of her results when they are completed later this year.

The Coxmate series of products is only three years old and we started working with them in February last year. News from Australia is that they have sold over 1,000 units and are now the preferred supplier to most Australian rowing clubs and, particularly, schools.

The modular wiring loom (a series of speakers that plug into each other with an incoming and outgoing lead connector) is now fitted into all Ray Sims boats. www.rowing.co.uk Coxmate offers four speakers as standard for an eight. This produces more even sound levels down the boat and requires less volume overall. Cambridge University found that by mounting the speakers onto the athletes footplates rather than in the foot well they could overcome the roar of the crowd on race day.

The advantage to the wiring loom is that there are only four modules and these can fit all boat types and it doesnt matter where the boat is sectioned, if you have a problem you only have to replace the faulty section, not the whole thing, and they are around 50% cheaper than NK!

Ever wondered why ergo monsters can move boats?

Casper Rekers, the Rowperfect inventor has the answer.Rowing is a cyclic movement, based on a series of highly automated reflexes. One important effect of training is that an increase in the level of automation increases power generating efficiency. For this reason, cross-training should exercise muscles over the activity full range of movement, load and speed of contraction.

Therefore machines used for cross-training should simulate the dynamics of a light racing shell (e.g. a single scull) as precisely as possible. If they do not, a severe loss in power generating efficiency can be expected. That is clearly illustrated by the fact that the transfer of an oarsman from a stationary Concept II to the same machine on slides decreases the oarsman power output to the flywheel instead of increasing it. The same occurs when transferring a rower from a stationary ergometer to a light racing shell, or vice versa.

This explains why many good boat movers do not score well on stationary ergometers, and why some erg champions are poor boat movers.

The new oarlock is getting its features tested out by a wide range of athletes from novice to elite and veteran downwards Both Cambridge University crews used them (with medium strength elastics) in the Boat Race this year they found it helpful for the unusual start situation of the race. Because of the stream, crews cannot square their blades in the water before the signal and the MK1 ensured a clean grip on that critical first stroke.

Try them for yourself for a week return them if you change your mind!

Happy winners of a Coxmate AA+

Posted on April 10, 2015October 28, 2020 by Amanda Wikstrom
Rowperfect want to send big congratulations to all the happy winners of the prize Coxmate AA+ won during the Women’s… read more 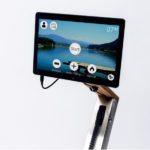 Posted on December 7, 2020February 17, 2021 by Patrick
How much Ergo do you need? Introducing  AUGLETICS Eight and AUGLETICS Eight Style! The Market of indoor rowers… read more

Posted on September 4, 2012October 28, 2020 by Rebecca Caroe
Following the Olympics. Rowperfect UK was able to buy some RP3s from international teams who didn’t want to ship them… read more