This month we welcome back two previous RowingChat guests who are both expert sculling coaches.  Together they’re coaching at the world famous Craftsbury Sculling Center in Vermont, USA.

Our focus will be around rowing and sculling camps, 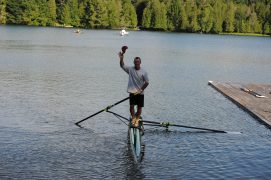 Troy has been at the Outdoor Center since 2007, first as a coach, then as Fleet Manager from 2009-2014, when he became Director of Sculling Programs upon Norm Graf’s retirement. Troy has been coaching rowing and sculling continuously since 1991, in varied settings from the Rivanna Rowing Club, Wichita State University, Duluth Rowing Club, Episcopal School of Dallas, Middlebury College, and here at Craftsbury.

In addition to managing our sculling camps, Troy also spends part of his year as one of the coaches of our resident athletes in the SBTC and GRP programs and works to ensure that our sculling programs complement one another and are consistent with the Outdoor Center’s mission and philosophy. Despite being an introvert and intermittent misanthrope, he is also really funny, if you can manage to wrestle a smile out of him. 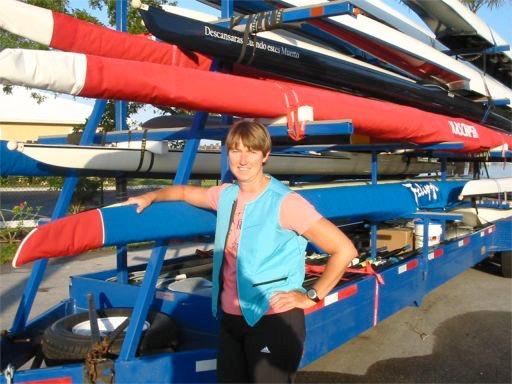 Marlene believes most technical flaws can be corrected with an understanding of the dynamics of the boat, correct orientation within the boat, and by “thinking in the direction of the boat”. This is evident in the way she runs her “training camp” style Roylerow coaching sessions.

A testament to her expertise, masters boats who had trained under Marlene’s tutelage amassed a plethora of medals, including: 6 Gold, 4 Silver, 2 Bronze at the 2015 51st Head of the Charles and 39 Gold medals from 120 events at the USRowing Masters Nationals 2015. 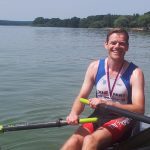 Posted on July 24, 2018November 3, 2020 by Rebecca Caroe
Streamed live on March 5th, 2017 Sander is a leader in the field of rowing analytics and has created… read more

Posted on May 28, 2015October 28, 2020 by Rebecca Caroe
Are you looking for ways to improve your rowing and sculling technique? Our next RowingChat guest – Rosie Mayglothling… read more