I recently viewed Tara Morgan’s interview podcast Rowing and Aging, where she adeptly addressed an important but all-too-often neglected segment of 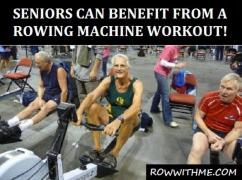 the rowing community — seniors that simply want to row for fitness, not competition. That isn’t to say that competition doesn’t have its place — it does but isn’t for everybody.

Many, if not a majority of clubs and coaches emphasize competition to members because they are rooted in this mentality. It isn’t a crime but needs to evolve because this narrow focus kills interest in a significant number of seniors who are put off and ultimately may instead go buy bikes.

I found Tara’s talk to uniquely target those those who do not want to compete and may coincidentally comprise a potentially significant target-market for Rowperfect.

What if bicycling clubs only emphasized competition and excluded recreational riders?

Think how many fewer bikes would be sold. One can go into any fitness club and count bikes v. rowing machines to see my point. In my club, we have two ergs back in the corner that are mostly unused and 50 spin bikes!

If I choose as a rower to participate in non-competitive rowing at a level I enjoy, I will be more inclined to make it a lifestyle. I could then contribute to a greater demand for home and club rowing equipment — not to mention more club participation.

Tara was spot-on in her focus to address the needs of non-competitive senior rowers. Her voice and emphasis are sorely needed. I would like to see more podcasts from her.

Rowperfect writes:  Add your voice to Jim’s – tell your club management committee and Captain that they should consider Seniors Rowing.  And tell us what you’d like to hear next on the RowingChat Podcast.

One thought on “Rowing Clubs most neglected athlete group”

A guide to good rowing technique

Posted on November 28, 2016October 16, 2020 by Tobi
Rowing Technique: Credit mcshane.org Get the detailed explanation of the Rowing Stroke Cycle from Harry Mahon.  This is… read more 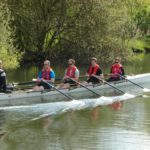 Posted on November 28, 2018October 7, 2020 by Mohit Gianchandani
In today’s economic climate businesses are constantly looking for ways to get the most from their employees whilst… read more