Do you want to capture your energy when using the Concept 2 rowing machine?

I have developed a device that can be retrofitted to a Concept 2 rowing machine.  It replaces the conventional fan with a generator that will allow the user to capture the energy produced during a workout and store it in a portable battery.

I have built a prototype that I am currently testing, but the next stage will be to build a small number to sell.  This obviously involves cost and I was hoping to find out if this is a product that existing rowing machine users would be interested in. 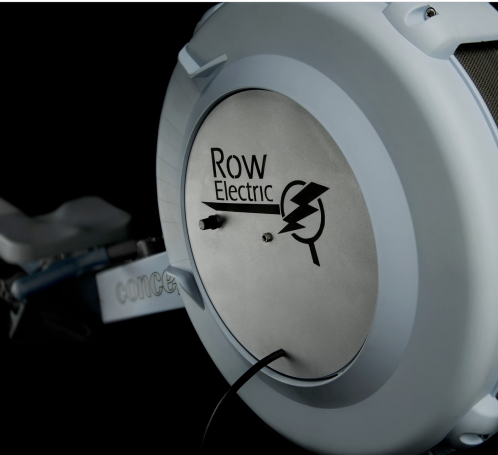 How does row electric work?

The device at the moment charges a portable power pack so, once charged,  it can be moved around and used where ever the need arises (at home, out camping, in the garden shed, etc). The power pack has a 12V socket, USB socket and 230V inverter outputs and a big 33Ahr LiFePO4 battery (400Whrs).

To charge the power pack the user will just row as normal.  The experience of rowing is the same, with the performance monitor working as before and the user able to change the ‘damper’ setting as before.  It feels just the same, except it is a bit quieter and has no air flow from the fan.

To replace the fan is simple and does not damage the Concept 2 so it can be returned back to a normal machine at any time.

The concept of capturing your energy during a work-out seems obvious to me, and I have been working on it for years to develop a simple design.  If it can be done, why would you not do it?  Why waste your energy when it can be captured and used productively. However before people get too excited and starting thinking about all of the coal fired power stations that could be turned off the brutal reality is humans cannot generate much power.  I think most fit users could generate between 120 and 270 watts of electrical power constantly over an hour depending on your fitness level.  So charging the battery would take about 3 hours of rowing in total.

The first users might be the home Concept 2 owners enthusiastic about capturing their energy, even if it is just for motivation, or as a back-up when the power goes out, but then gyms and rowing clubs might get interested in conjunction with solar battery’s such as Powerwall, Moixa and Powervault.  With multiple users in an air-conditioned space the potential savings to your electric bill start to add up. Instead of heating the gym with your work-out energy you can be charging a central battery and reducing your air-conditioning costs.

So the question remains, would anyone be interested in such a device?  And if anyone lives in the Southampton area of the UK and wants to have a go then just contact me via my website (www.rowelectric.co.uk) or via this blog comments below.

11 thoughts on “Row Electric while erging”

What % of the rowing stroke is leg, back or arms?

Posted on October 23, 2018October 15, 2020 by Rebecca Caroe
Evan Snyder writes: Most of us have done the arms/arms+body/Half slide warmup exercise drills on the water, but the… read more

Posted on February 27, 2012October 20, 2020 by Rebecca Caroe
A guest post by Xeno Muller who observed the US ergo competition ‘CRASH-B‘ with a view to technique… read more