Graham Middleton is a very experienced coach – he single-handedly restarted racing for young juniors around the Ball Cup Regatta and is a legend in several rowing clubs.

We started this series about other rowing websites not knowing what would come from our online researches.  Today’s site is one of those fantastic discoveries that show an open mind is what helps learning and improvement.  Written for junior rowers and their coaches, the Ball Club Forum has articles to answer so many questions from the perspective of long and deep experience.

Getting to know the man behind the regatta is another challenge and this site allows us to learn his approach and see where some of his coaching ideas come from.  Here are some titles from the archive.

Graham goes ahead to explain in clear language approprirate for his athletes and other coaches exactly why he’s a fan of 90 degree right angles.

OK – Now lets look at last month’s forum – use of the ergo.   Think of the legs during the stroke.  Is the effort recorded on the screen constant during the drive.  No way !   The most efficient position with regard to the legs is the point at which the thighs make a right angle with the shins.  So, advice ?   Make the drive effort a maximum as this angle is approached.  Similarly be aware of the point at which the torso makes a right angle with the thighs.  Before or after is less efficient, so work hard at this maximum point.    Better still try to work them in tandem.. You will feel the extra effort required to match the double right angle, but if you can do it, the reaction on the wheel gives you a massive boost to your score.

Shoot from the hip

Graham doesn’t mince his words – and even if you don’t agree with everything he says, you can be certain that his long experience endows him with the authority to take a ‘stance’ on issues that may be deemed too controvertial for other more weak-minded souls.

Do take some time to review his archive.  The article on Ergo Machines is a classic – and Graham kindly references the discussion on our blog following the Siemens ergo photo.

A quick perusal of the rowing websites tells us that ergo machines are in the news.  Siemens, the British Rowing sponsor, has put out a photograph of a female athlete ( no prizes for guessing who ) on a Concept ergo.

This has been flayed regarding posture and application by Rebecca Caroe, who hosts her own RowPerfect site.  Mailed responses have been entertaining and varied !

It is thus incumbent of this site to make comment which is helpful to juniors who have probably not had a great deal of technical expertise and coaching applied in the ergo field.

Posted on May 12, 2010October 29, 2020 by Rebecca Caroe
We have been following the progress of Ursula Grobler for a year now.  She's trialling for the USA… read more

Posted on May 23, 2011October 29, 2020 by Mohit Gianchandani
This interview was done when Tim was Head Coach and director of California Rowing Club in 2007.  He… read more 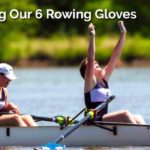