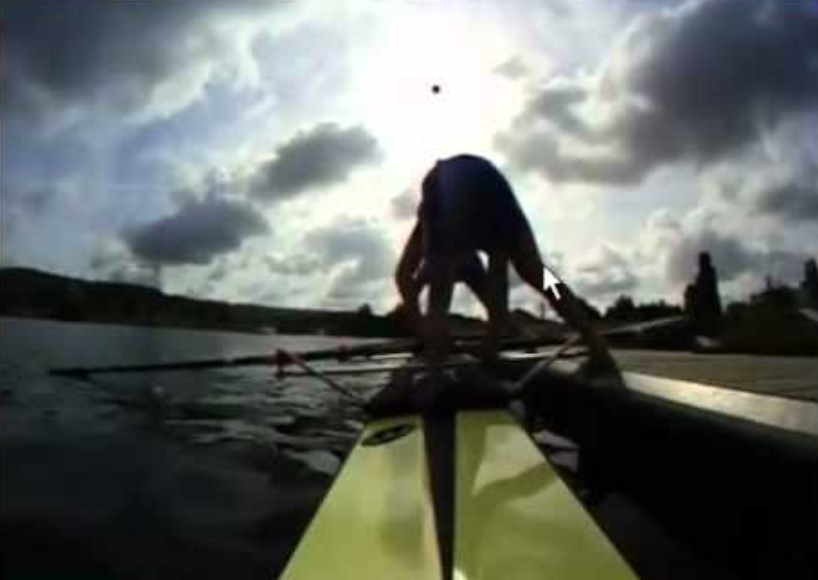 Way back in 1994 at the World Masters Titles in Brisbane; there were two Hungarian Lassies rowing a double. They did the standing push off the dock – but different from any other crew I’ve ever seen.

The standing push off.

While standing they would put the other oar in the gate and use their push off leg to balance themselves. Then when the oar is secure, they would sit down together.

Word soon got around the regatta and it was on everyone lips “when are they rowing next”.  Anyone and everyone would be lined up to watch them push off.

It was their sense of balance and timing. It was like watching a well rehearsed ballet. Simply amazing.

In 40 years of rowing I have never seen anyone repeat the feat these two ladies did every time they launched their boat.

Posted on May 7, 2009October 22, 2020 by Rebecca Caroe
The UK magazine Rowing and Regatta has an article by Sarah Hope reviewing the book Know the Game:… read more

Join us for Expert RowingChat