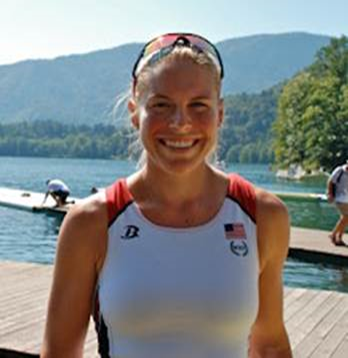 Listen to RowingChat this month as we invite Esther Lofgren, an incredible Olympic Gold level and World Champ winning rower…

As an Olympic gold medalist in rowing the Women’s Eight for the U.S.A., Esther Lofgren has some amazing tales to tell about her rowing life. She’s passionate about sharing her experiences and knowledge in the sport of rowing, so much so that she maintains her own rowing blog.

She started rowing in 1998 at the age of 13 after being hooked on athletics by age 5 and is the child of two elite rowers (Karl Christine Lofgren). She was small and not as strong as other athletes at that age. However, through her passion of the sport and a lot of hard work, she became a gold medal winning Olympic rower. In college (California, U.S.A.) she rowed for the Under-23 and Senior national teams, winning two World Championships and several World Championship and Rowing World Cup medals.

Now she’s training for the Rio 2016 Olympics and giving it all she’s got!

Learn more about Esther and her rowing life on her blog. She shares her experiences and helps others understand, appreciate and become enthusiastic  about the world of rowing.

Register to receive updates, listen in LIVE as the podcast is recorded and be one of the first to get the recording…. 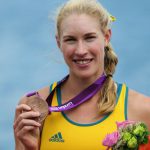 Posted on September 1, 2014October 21, 2020 by Rebecca Caroe
Each month subscribers to the Rowperfect newsletter are included in a free prize draw to win one of… read more

Posted on November 17, 2014October 27, 2020 by Tobi
Mahé Drysdale – Interviewee on RowingChat This last RowingChat podcast of the year is going out with a… read more