I would like to raise some comments and considerations regarding the use of ergometers for training. I have noticed that there seems to be a trend towards increasing use of the ergometer in training, particularly doing low rate work down to ratings as low as 12. I understand the benefits that this type of work can produce, but I would like to make you aware that this form of training is not without risk of injury.

Kinetics and kinematics of ergometer rowing are different from that of on water rowing. On an ergometer, the handle force has a higher peak and develops later; the stroke length tends to be 3-5% longer and the curve of foot stretcher force is considerably moved towards the beginning of the stroke.

An important point is that the legs:trunk:arms proportions of power development on an ergometer are 37%:41%:22% compared to 45%:37%:18% for on water rowing. This means that the trunk is doing a larger proportion of the work on an ergometer. I believe all of these factors lead to an increased load applied to the structures of the trunk, and particularly the spine.

Greater work done by the trunk could produce earlier fatigue of the trunk muscles, placing the spine at risk. Holt et al (2003) studied the effects of prolonged ergometer rowing. Over a 60 minute piece there were significant changes in the way the athletes moved. Lumbar spine range of motion at the catch and total lumbar spine range of motion increased during the piece. The gradient of force production decreased, and the ratio of drive to recovery time increased, over the piece. The authors attributed these changes to fatigue of the trunk muscles during the piece, reinforcing that fatigued trunk muscles may lead to low back injury.

Teitz et al (2002) conducted a retrospective study of 1632 US intercollegiate rowers. By the use of detailed questionnaires they established that 32% of these athletes had experienced back pain of at least one week’s duration during their rowing careers. The use of rowing ergometers for greater than 30 minutes per session and free weights were the variables most consistently associated with back pain.

In my experience, I feel that athletes often pay little attention to their rowing technique when on an ergometer. The level of coaching supervision is often limited as well. The result is that athletes spend time on the ergometer under greater trunk load than when on the water, with poor technique and poor postural positions. The end result is an increased load on the spine which can increase the risk of injury.

It is very common for athletes to report that they feel that the ergometer was highly related to their back pain. And those athletes with current back pain regularly report that ergometer rowing aggravates their pain more than on water rowing. When this feedback occurs over a significant number of athletes over a number of years it is difficult to dismiss.

Unfortunately I believe that we are seeing an increase in the number of low back injuries amongst rowers. The three month injury and illness statistics highlights the fact that back injuries are having a significant effect on team preparation, both at an individual and crew level. Even though I am sure that there are many causes of this increase in back pain, evidence and experience suggests that ergometer use is a significant one.

While I am the first to acknowledge that the ergometer is a powerful training tool, I ask coaches and athletes to give due consideration to the risks involved. Please consider the time spent on the ergometer, the rates that training is done at, the supervision provided and how diligently athletes concentrate on their technique.

I hope that we can all work towards a reduction in low back injury rates. For every back injury that we avoid, that is an extra 30 days (on average) that the athlete can spend training properly! 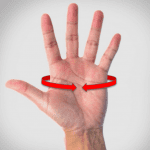 How to recover from a collapse in mental confidence

Posted on March 22, 2012October 20, 2020 by Rebecca Caroe
Winning and losing are close friends and mentally an athlete can shift from one to the other frighteningly… read more