Craig Allely writes in the comments from an earlier post.

The FISA farce continues, A number of statements have been made recently about the future of rowing, and how it has to reinvent itself in view of continued participation in the the Olympics.

In reality we have the Olympic Movement which is corrupt now corrupting FISA its a bit like a computer virus insidious and sometimes unstoppable.

The Olympic movement will sell out rowing to the highest bidder and we have already seen this with an Olympic course polluted and close to the ocean with a possibly unfair course.So here we are with compromises being made to destroy athletes’ dreams.

The Problem for International Rowing

The problem for the sport is we have too many people at top level agreeing with the next guy up the ladder to enjoy their present status .

As far as I am concerned the FISA Olympic qualification is a farce, too many good Europeans are not getting a crack at the Olympics at the expense of Asian, African and other countries who simply are not fast enough.  Every one quotes World record and prognostic times but in reality they are being compromised for political correct theories.

In short look after disabled and different coloured skins and to hell with the rest of the sport.

Whats most disappointing is the likes of Martin Cross and Jean Christophe Rolland who came through a International Rowing structure which allowed them to reach the top of the sport and have profited from this now want to see the whole thing dismantled and replaced by a few micky-mouse events to satisfy a continued presence at the Olympics.

It would be a disappointing outcome if no one went to the support of the event.  One possible outcome is the destruction of our great sport.

What is more disappointing is that my continued criticism of rowing establishment is that they do not even defend themselves..

It’s a sad day that we do not even have a debate about these issues with members.

Posted on March 6, 2017October 14, 2020 by Rebecca Caroe
This is a superb motivational video with detail about how a coxswain and crew can overcome big setbacks… read more

Posted on November 30, 2013October 22, 2020 by Rebecca Caroe
I got asked by ASOIF to do a survey about how the summer Olympics can help journalists better.… read more 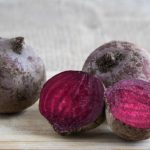