In 1993, Cambridge won the Boat Race, ending a run of Oxford victories that, aside from a single Light Blue win in 1986, had continued since 1976. The next year, Cambridge followed up by producing what many people consider to be one of the finest crews ever. Not just the finest from either of these two universities, but one that, had it been able to compete in the Olympics or the World Championships, was reckoned to be worthy of Gold.
These two victories set up a run of wins that lasted for seven years.

There was a group of coaches who worked with these crews and each of them made a significant contribution, but there is little doubt that the architect of the sublime technique that these crews demonstrated was Harry Mahon, a coach who had developed his approach in New Zealand and then taken it to work with the Swiss national squad.

This DVD records two sessions where Harry talks to a group of coaches at the British Rowing Coaches conference 1994. In the first part he discusses his approach to rowing technique in general. The second part deals, in some detail, with the development of the
1994 crew, focusing particularly on how the crew grew as a cohesive and effective team.

The quality of the video reflects its age and the recording technology of nearly 20 years ago
(something that Rowperfect, who have made this video available, have been careful to point out). Nor was Harry a polished presenter: at times he labours his points and his delivery is quite dry, despite the occasional spark of humour.

I found it truly fascinating, nonetheless: a fact I ascribe to his total mastery of his subject but also the layers of Harry’s own story that, unconsciously I think, he reveals. There was value in seeing the unedited presentation, but I hope that, one day Rowperfect might consider some work to make the messages a little more accessible (perhaps, for example, replacing the clumsy slides of the original with some more up-to-date graphics, and also creating ‘chapters’ dealing with specific areas of the talk).

The sessions worked on several levels. The basis of the technique that Harry advocated is set out clearly. As a coach, I found reinforcement of ideas. As one interested in the
development of teams, I saw a demonstration of how diverse personalities can be
brought together to form an effective unit. Perhaps most intriguing, though, was the emerging story of how Harry himself had grown as a coach.

In the first session – the larger part of the content – the technique that Harry championed so effectively is presented clearly and simply, summarised on old fashioned acetate slides. The discussions were aimed at relatively experienced coaches and I suspect that they would be less helpful to anyone who doesn’t already have a fair understanding of the sport. There are illustrations of the points he makes using footage of athletes from all phases of his career.

However, with the authority of one who has proved his ability, the guidance to coaches,
regardless of their field, is powerful and very compelling. His insistence that
the coach needs to develop a clear vision of the technique he or she seeks is,
on its own, worth the price of the DVD.

It is also refreshing and reassuring to hear someone at his level showing willingness always to learn and to adapt. Succinctly and with a flash of comic timing, he deals with the absolute necessity of honesty from the coach to the athlete.

In the second DVD, Harry discusses the development of the ’94 CUBC crew as a team and moves into areas that should be of interest to coaches in any sport. He describes the development of an attitude that put the project ahead of individuals, illustrated particularly in the journey, as described, of the two German World Champions from detached superstars to dedicated team contributors.

The way this story was recounted led me to think that this area of the sport was not Harry’s forte: he comes across as a technician, focused on the pursuit of his vision of good
rowing, but had been famously (if not notoriously) oblivious to some of the psychological and diplomatic considerations. Even today, some of the New Zealand athletes he worked with find it hard to forgive some of his experiments in selection.

Related to this, there are two moments in the video sessions that stand out for me: where he casually, frankly, but also brutally, remarks on the failings of two individuals: both,
actually, international class athletes, who are, in truth, the right side of not bad.

I suspect Harry was not the prime driver in the team development aspects of the ’94 campaign: he describes the process with a degree of surprise and certainly some humility
which indicates that he had added a new dimension to his coaching.

Personally, I have always agreed with Harry’s technical approach, which shows clearly that grace, rhythm, feel and patience will produce faster crews than the cruder physical
styles that some others persist with. I know that people who are in tune with his approach will find much of value in these sessions: I fear that those who disagree may get less from it, but I would urge them to listen and at least make a comparison of ideas – if nothing else, it might help to clarify their vision of what they want to achieve.

Harry’s death left the sport very much poorer. This video presentation ensures that some of his value remains as a legacy. 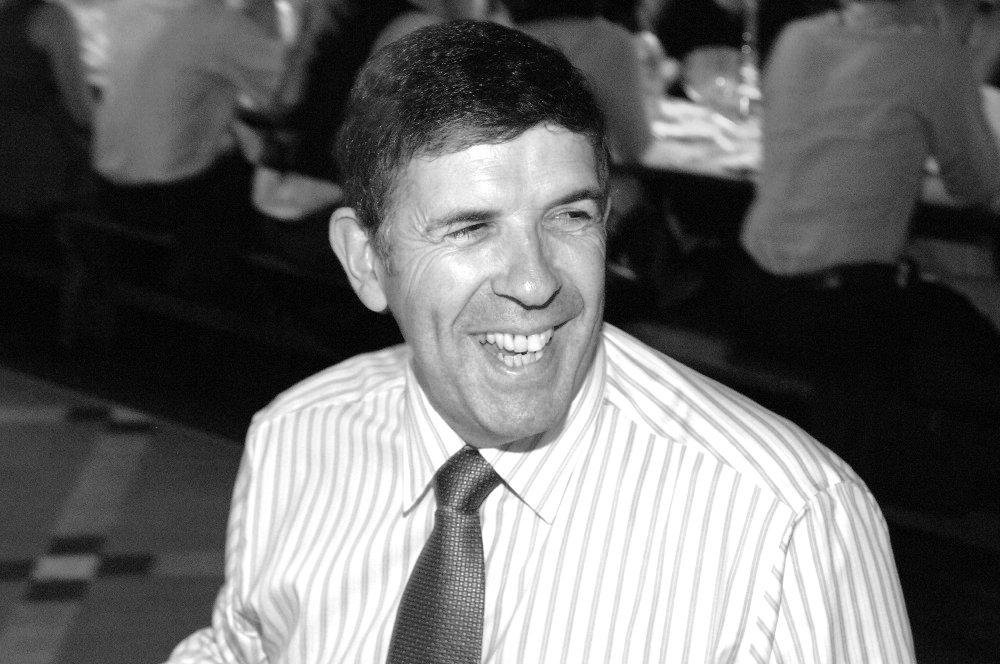 Chris Jones is a rower and a coach.  He rowed Lightweight at Oxford University and London Rowing Club.  These days he’s more often found in Wellington New Zealand – read his Assisted Drifting blog.

Posted on May 17, 2012October 28, 2020 by Rebecca Caroe
We got an approach from a new SMS service provider for crew or team coaches to organise their… read more