This is not just a sport, it is a world-wide movement to help people become more active and have fun!

November 2019 saw 500 coastal rowers from across the world converge on Hong Kong to battle for medals and world rankings. The culmination of a year of training and the chance to see how they compare with others; for some club rowers it provided a chance to travel to an iconic venue and compete alongside the best in the world. Read this exiticing report – report by Tim Fenemore

I must admit that before leaving for Hong Kong I was a little sceptical that an ‘offshore’ race should be held in a sheltered harbour rather than open sea. Practice days gave all competitors a chance to try out the massive fleet of brand new Swift singles, doubles and quads. The initial response from everyone was that the conditions were much more ‘lively’ than anticipated, with the singles in particular being bounced around by the tide, wind, waves, chop and occasional rolling wash from shipping. Sections of the course developed a reputation as a ‘washing machine’ and ‘jousting chicane’. The temperature was great after 2 months of training in the UK’s rainy autumn – 25 to 30 degrees Centigrade with warm water. By the time racing started the competitors had developed a respect for the local conditions and the scene was set from some exciting racing. Any fears that the course would be too flat were dispelled.

World Rowing did an excellent job

Planning and running the event with the Hong Kong authorities. The heat timings took account of ferry operations and the venue provided great vantage points to watch the action. The Royal Hong Kong Yacht Club were very welcoming, with excellent facilities and a chilled environment to hang out between races. It was refreshing that such a well-established club with a long tradition could accept and welcome an invasion by hundreds of sweaty lycra-clad athletes.

With a large number of entrants in several categories, many races were scheduled across the 3 days of racing. Most competitors seemed to be dedicated to one event, but some doubled up and risked the impact of fatigue. Randomly allocated heats were used to decide who would enter the A and B Finals. This caused some controversy as there were the inevitable grumblings about who had the easiest heat. Whatever your point of view, the approach was clear and it all added to the post-event bar banter.

With 16 competitors sprinting off the start line to reach the first buoy ahead of the pack. Clearly whoever is in the lead has a major advantage – leaving the other boats to ‘jockey’ against each other at the buoys. Collisions were inevitable and are at the core of coastal rowing – those that performed best either avoided them or quickly disentangled themselves and re-entered the racing. Navigation was key as the currents had a habit of pushing you towards the ‘magnetic’ buoys – luckily there were plenty of stunning buildings to use as way-marks.

To be able to grow our sport it is essential that people have a sense of the action. The images and video from both the Beach Sprints in Shenzhen and Offshores in Hong Kong certainly seem to have provided this. My particular favourite is the A final of the Offshore mens double. We watched this on a huge screen on the rooftop terrace of the yacht club. The assembled crowd started off by cheering their local teams but quickly moved to show massive appreciation of any tactical move that demonstrated skill, daring or risk-taking. The atmosphere was electric – what a great spectator sport!

As the sport of coastal rowing grows, as it inevitably will, can we maintain the inclusivity and community feel? I hope so, ultimately we should strive to create an environment where anyone can enter and enjoy participating against the full spectrum of ability – from club rower to Olympic athlete. This is not just a sport, it is a world-wide movement to help people become more active and have fun! 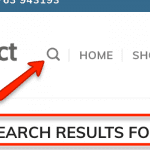 Posted on June 5, 2020October 14, 2020 by Rebecca Caroe
I’m looking to buy a single scull for myself, are you able to advise? I’m an intermediate masters… read more 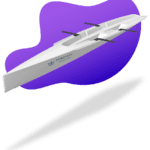 RUBENETTI 2x RACE: Probably one of the fastest boats you ever rowed

Posted on January 30, 2021January 29, 2021 by Patrick
RUBENETTI 2x RACE: Probably one of the fastest boats you ever rowed! This is one of the best… read more