The last day of finals and the course is fair, a light tail wind – perfect racing conditions.

Women’s lightweight single sculls: Final.  German Marie-Louise Draeger leads out confidently chased by Brazil and New Zealand and has taken a length by 500m  Italy chases back at rate 35 and moves past NZ and closes on second place Brazil.  The German’s lead has extended to 3.5 seconds by half way with Italy now in second and the kiwi 5 seconds back but in touch with the followingn group.  At 1500 Germany continues to lead by two lengths and New Zealand’s Louise Ayling pushes back a point in rate and Italy nudges up to follow leaving Brazil trailing in the run-in.  NZ continues to close on Italy and sprints hard, Brazil overlaps Italy but Ayling presses on and they are three in a row with 100m to go – NZ is cheered home by the chant “kiwi – kiwi” from the crowd and pushes past to take second.  Germany gold 7:43.45, New Zealand silver, Italy bronze (by 0.13 secs from Brazil).  FISA results.

Men’s lightweight single scull: Final.  Hungary and Italy take off the start line and with Japan lead at 500m where the Italian Marcello Miani pushes ahead of Hungary drawing the Slovakian Lukas Babac with him into third place.  Coming to half way Italy leads a length ahead of Slovakia and Hungary a length back and Japan falters.  At 1500 Italy continues to lead by half a length from the field and he raises his rate to 38 and is chased hard by Hungary’s Peter Galambos who overtakes Slovakia who sprints again to re-take second place.  Italy gold 7:05.82, Slovakia silver and Hungary bronze.  FISA results.

Men’s lightweight eight: Final.  Italy is defending world champion and presses out early from the start taking a quarter length by the first marker ahead of Australia.  the USA is a canvas down on the rest of the field.  Italy, Australia and Germany push ahead of China and coming into 1000m Australia take the lead with Germany second and Italy half a second baack in third.  They all rate 37/38 strokes per minute.  Germany push out of the mark to get a canvas lead and their impressive technique makes it look like they are rating lower than the rest – they aren’t.  Germany have a quarter length lead at 1500 with Australia and Italy behind them and they move again taking another two seats out of the Aussies who start a battle with Italy down to the line.  Germany gold 5:48.61, Australia silver, Italy bronze.  FISA results.

Women’s double sculls: Final.  Coming out of the blocks USA gets dropped by the field leaving Germany and Australia to lead with Britain in third place.  By 500m the Brits have taken a canvas lead over Australia and Germany – they scull carefully and with an almost-exaggerated technique whose efficiencies are visibly better than others’.  At 750m they have a length lead and extend this to clear water at half way.  A class act, they are followed by the  Australians who have 5 seconds over Germany and Poland.  These two start a fight for bronze and after 1500m Germany fade visibly and Australis scull strongly well ahead of Poland and the Czech crew gain in lane 1 but fail to realise that bronze is within reach if they’d sprinted earlier.  Great Britain gold 7:04.70, Australia silver, Poland bronze.  FISA results.

Men’s double sculls: Final.  Both the British and New Zealand crews start well and draw ahead of the pack and the French close behind.  NZ over rate the Britons who reach 1000m first with Australia third and France fourth.  The first two crews still have overlap as they approach 1500m there’s less than half a second between them but Britain continues to lead and France have overhauled Australia into bronze medal place.  Sprinting early NZ press back on the British crew and are stroke for stroke as they gain ground and the crews are level with 200m to go.  NZ takes a foot advantage at 150m to go and then suddenly they have half a length and Britain has blown up – Wells stopped before the line.  Gold New Zealand 6:24.21, Great Britain silver, France bronze.  FISA results.

Women’s eight: Final.  Romania take the early initiative and the Dutch and China drop back leaving Britain, Canada and USA in the fight.  By 500m the USA has taken a quarter length lead and rowing strongly lead Canada and Romania.  The British and Dutch fight for fourth place.  By half way the USA has nearly a length from Canada who has half a length over Romania leaving the rest of the field chasing hard.  This lead is extended and looks unassailable at 1500m rating 38 they have clear water over Canada and Britain briefly takes third place level with the Romanians who show their class by pressing away rating 39 with the Britons at 40 but not gaining boat speed to finish fourth 0.01 secs ahead of Holland.  USA Gold 6:12.42, Canada silver, Romania bronze.  FISA results.

Men’s eight: Final.  Germany push out hard to take a quarter length lead with Australia and Great Britain behind them leaving NZ and the Dutch dropping back.  At half way Germany has nearly a length and Britain and Australia start their fight for silver while the Dutch come through into fourth.  coming out of the 1500m mark all three close on Germany. bows level raising the tempo of this already fast race.  Germany go up to 40 and the British follow closing to three feet rating 39 as they sprint – the Dutch lose out to Australia while the front two crews are stroke for stroke, bows surging in synch towards the bubble line at the finish.  Germany win gold in 5:33.84, Great Britain silver, Australia bronze.  FISA results.

Posted on November 4, 2010October 29, 2020 by Rebecca Caroe
Uwe Bender coaches the German LM4-.  We got a quick quote after their semi final where they came… read more

Posted on August 9, 2012October 28, 2020 by Rebecca Caroe
If you would like to continue supporting the British international rowing team, download the flyer attached. Benefits of… read more 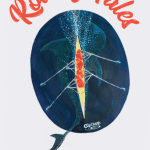 Posted on January 24, 2018October 14, 2020 by Rebecca Caroe
Your weekend long read….thanks to Chris Dodd who contributed this to RowingTales – the anthology of rowing stories.… read more