The 2016 Rowing Olympiad has come to an end and the 2020 Olympiad commences this week with the World Championships in Rotterdam.

Did the rowers competing all get sick, contract zika virus or were they mugged of their gold medals? No.

Rio 2016 will be remembered for the iconic Cristo Redentor looking down on the many different countries who shared the podium and the downfall of some of the favourites.

Rio 2016 was a marvellous outcome for World Rowing and the sport as a whole, the 42 medals on offer were shared between a wide spread of 21 countries (in 2012 just 15 countries shared the podium).

New Zealand did not have the success at this regatta it expected, a few crews that performed extremely well in the years leading up to the Olympics, failed to fire in Rio. For sure there will be soul searching in the New Zealand camp and many gruelling conversations will take place in the coming months.

Crew Performances through the Olympiad

For those that have been following elite rowing for a few decades in New Zealand, we are in awe of the performance that the New Zealand crews laid down during this Olympiad.

A long “drought” (1985-2005) took place after the golden period (1964-1984) which, apart from some intermittent rain was not broken until the 45 minute four gold medal downpour in Gifu at the 2005 World Championships. This new golden age still has another two Olympic cycles to run.

New Zealand supporters felt the pain of many of the results, however, it is nothing compared to the pain felt by those athletes that put everything on the line, just to fall short of success in Rio.

Most Kiwis have an opinion on what went wrong, mainstream media is fuelling the talkback lines into the “lack” of value of World Championship and World Cup results. This discussion prompted the image this story accompanies, which clearly shows the importance of achieving success in the regattas leading up to the Olympics.

How do crews perform over 4 years

The gold medal winners in 11 of 14 events in Rio were at the forefront of their event during the four year Olympiad. The W2X, LW2X LM4- found their Olympic champions towards the end of the four year cycle, these crews however showed their form in the lead-up regattas to Rio.

There are two major outliers in the table, both the light and open weight women’s doubles don’t follow to form. Had New Zealand secured the gold in both these events in Rio, the figures would have been even more compelling (100% of the Gold medallists in Rio would have been in the top 3 at the previous two world championships).

Another contestable point is that the 2013 figures are influenced by Drysdale taking a year off post-Olympic gold in London and the Sinković Brothers competing in the quad in 2013. Both these could have produced a different set of 2013 figures. New Zealand rowers are not exposed to the same international competition opportunities as their European counterparts, there needs to be more Kiwis competing at more international regattas, not less.

The three New Zealand Rio 2016 gold medal winning crews, spawned from previous failure at Olympic level. Mahé Drysdale wallowed in the “B” finals sweep rowing in his early years, before switching to the single scull after a 5th place at the 2004 Athens Olympics. Mahé’s team mate in the four in Athens, Eric Murray, tasted success in 2007 in winning the world championships in the four, only to “B” final at the 2008 Olympics along with Hamish Bond.

All three rowers spent a few years in the wringer, before breaking out and cleaning up the world.

The Kiwi men’s 8 is more than eight years on average younger than the winning British eight and five years younger than the second placed German crew. New Zealanders should be focusing on what will rise out of Rio, not looking at who to discard. New Zealand needs to retain as many involved in the 2016 campaign as possible.

The foundation that has been built up at Rowing New Zealand is sturdy (brutal, yes, but strong). New Zealand needs to secure the best coaches, athletes, administrators, physiologists, nutritionists, etc. to make Tokyo 2020, the time of our lives.

Every women, every man join the caravan and get behind the returning NZ rowers, let’s make their road to Tokyo a superhighway, not the pothole ridden gravel road of the 1990s.

New Zealand got behind their 1988 team with this tune from the Housemartins, its lyrics apply aptly……in 2016

Are you ready for the time of your life

It’s time to stand up and fight

Follow Rowing Celebration on Facebook
Disclaimer – I’m not the sharpest tool in the shed, any mistakes in the table are put in to uncover the real rowing tragics out there.

Posted on March 21, 2016October 23, 2020 by Rebecca Caroe
A strong appeal from Martin Cross – respected journalist and Olympian – for FISA to get more radical… read more 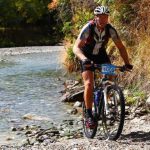 Time to take a rowing break

Defeat in the Olympics – advise from Gearoid