Since 1984, British rowers have won a gold medal at every Olympic Games, and with Britain qualifying for more rowing events this year than any other country, we are all hoping for a similar rowing success story this summer in Rio.

Despite our superiority in this event, the likes of New Zealand and Germany will provide stiff competition. So, if the likes of Helen Glover and Scott Durrant need a source of motivation to overcome competition and complacency, then the perfect man for the job is Sir Steve Redgrave.

In a recent article, BWIN devised an algorithm to come up with the Top 10 greatest Olympians of all time. The likes of Usain Bolt, Michael Phelps and Carl Lewis all featured on the list, but coming in at number 5 and the only British athlete to feature on the list, was Sir Steve Redgrave.

Sir Steve is the most successful rower of all time, winning five gold medals at five consecutive Olympic Games between 1984 and 2000 and becoming the only endurance athlete to manage such an achievement. Redgrave was the key figure in the dominant British Coxless Four team, who were pretty much untouchable during this period, thanks to their influential and inspirational leader.

But what can this year’s Olympians learn from Sir Steve? Here are some of the characteristics that the 5th greatest Olympian displayed over the years, both in and out of his boat, that today’s Olympians should take note of, as they hope to build on his success and continue Great Britain’s rowing dynasty.

After winning gold in 1996, Redgrave officially retired, famously exclaiming on the river bank of Lake Lanier in Atlanta, “Anyone who sees me in a boat has permission to shoot me”. This retirement didn’t last long, as only two days later he was back in the gym, looking forward to his return to the water and training for the 2000 Olympics.

You can’t help but wonder in admiration, what made a 34 year old man, who had dedicated half his life to sitting in a boat, to commit to another four years of training and competition at the highest level. Especially considering all the health troubles that had plagued Redgrave during his career.

A lifelong sufferer of dyslexia, Sir Steve was then diagnosed with Ulcerative Colitis in 1992. This diagnosis would have been a crippling blow for most people, let alone a top level athlete who was consuming 7,000 calories per day at the peak of his pre-tournament training. But not for Steve Redgrave, he brushed aside this setback and kept up his training, finding a way to manage the disease throughout the remaining eight years of his career.

Some people would see a daily calorie intake of such magnitude as an excuse to pig-out a bit, but for an Olympic rower, all those calories are needed to fuel their body through their excruciating, high-intensity training. Long mornings pushing weights in the gym are followed by afternoons with your team, rowing for hours to make sure the rhythm of everyone’s stroke is perfectly in-sync.
Plus, it wasn’t just Olympic competitions he needed to peak his performance towards. Redgrave also won nine World Championship gold medals in both the Coxless Pairs and Four’s competitions and three golds at the 1986 Commonwealth games.

Supreme physical conditioning is all well and good, but without the power of a strong mind and positive mental attitude, success cannot be achieved. In late 2009, Sir Steve wrote an article for the Guardian entitled Winning is all in the Mind, where he spoke about the importance of determination and self-belief.
“The belief doesn’t spring from nowhere. It arrives because you work like a dog for years and years and years…Self-belief is probably the most crucial factor in sporting success. The bodies are roughly equal, the training is similar, the techniques can be copied, what separates the achievers is nothing as tangible as split times or kilograms. It is the iron in the mind, not the supplements, that wins medals.”

There is no doubting that Sir Steve Redgrave is our greatest athlete of all time. He is the perfect role model to any budding competitor and all of our representatives who will be flying out to Rio to compete this summer. A prime example, to people in all walks of life, of what hard work, drive and dedication can help you to achieve. Sir Steve transcends the world of sport. He is a saint, a real life super-hero and a national treasure. 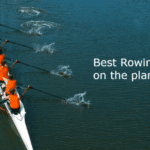 Rowperfect is Second in the World

Posted on February 27, 2017October 12, 2020 by Peter Stromberg
Silver medal in the world of Rowing Blogs Rowperfect UK  has been recognised as one of the best rowing… read more

Posted on May 8, 2013October 21, 2020 by Rebecca Caroe
Making a really effective rowing website has been a labour of love for Rowperfect over the past years… read more