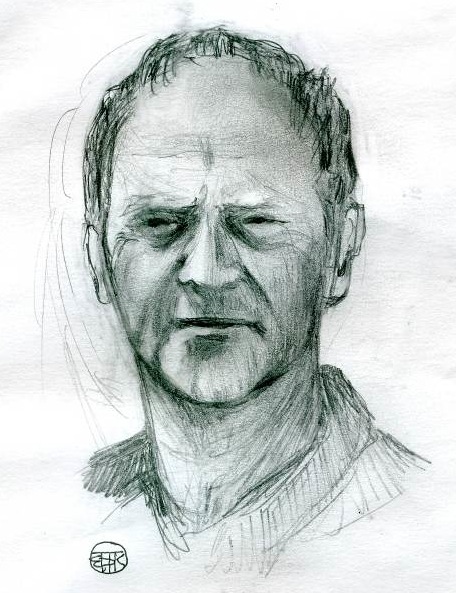 How can we define confidence? What separates it from arrogance? Where are the lines blurred between positive and negative personality traits?

Arrogance, or cockiness, in an athlete and in the sporting world more generally, is most often viewed as a negative trait. However, the very qualities that can result in arrogance clearly help to make the great ones great at their craft.

We often regard athletes who seem to think very highly of themselves, or who even go so far as to speak about themselves in grand terms, as far from the ideal. But, undoubtedly, it is the belief that no one on earth is more capable than they that allows them to achieve at such a high level.

Perhaps without such belief and behavior they might lose the competitive edge that allows them to reach those extra few percentage points that separate the ‘great’ athletes from those who are ‘very good.’ This is not to say that every athlete that demonstrates outward signs of total self-confidence is great, or even good, at his or her sport. However, a common trait in all the best athletes and competitors in the world is significant self-confidence, even arrogance, in training and competing.

This does not mean that great athletes never have doubts. Of course they do. What separates the great from the good is that despite feeling unsure at times, or nervous that things will not go right in a competition, their overwhelming confidence in their preparation and their abilities will help them to win under pressure at the highest level. No amount of nerves or doubts will change this — they believe that the ball should be in their hands with 3 seconds left and their team behind by a basket, or that they should be the ones taking a hack with two out in the ninth, a 3-2 count and the bases loaded.

Let’s take a look at the Canadian Olympic 8+ from the 2008 Olympic Games in Beijing. They trained with the mindset that they were going to be the best in the world, even on their worst day. Sure enough, on race day they blasted out to a boat length lead in the first half of the race and never looked back, in much the same way as the Americans had done in Athens in 2004. This approach to preparation can be especially useful in a sport like rowing in which there is no defense from the opposition (i.e. all that matters is crossing the finish line in the fastest time possible).

Adam Kreek describes his experience of that 2008 Canadian crew as one where everyone in the boat brought a leadership mentality to every training session. It’s a rare and beautiful thing when an entire crew can come together in the knowledge that every single one of them is willing and able to lift the team upon his or her shoulders.

Steve Prefontaine, one of the greatest distance runners of all time, was famous for having this mindset. On his way to obtaining the American record at every distance from 2,000 meters to 10,000 meters, Prefontaine famously said, “I’m going to work so that it’s a pure guts race at the end, and if it is, I am the only one who can win it.” His training and preparation reflected this mindset, and allowed him to enter every racing situation with the confidence that he would be able to perform to his potential.

Muhammad Ali was another great athlete who was overflowing with self-confidence. He used this confidence not only to fuel himself internally, but also in an attempt to gain the psychological advantage over his opponents in the boxing ring. Talking trash and the associated bravado may stem from an athlete having high testosterone levels — something which is clearly performance enhancing. It is possible that acts of bravado, like trash-talking, affect hormone levels within an athlete in such a way that more testosterone and adrenaline are produced. It’s well-known that both enhance athletic performance. Can this help to explain things as mundane as why athletes lifting heavy weights in the gym yell or grunt loudly as they summon the energy to squeeze out that last rep or two? Or, rather, are these outward signs instead side-effects that occur when those hormones are released at higher levels? In other words, it’s a classic ‘chicken and egg’ question: are psychobiological factors stimulating hormone production, which enhances performance? Or are hormonal fluctuations producing psychological changes, which manifest themselves in more aggressive behavior?

An example of the impact of increased testosterone levels can be seen when examining the use of anabolic steroids, which increase the levels of testosterone in the body. Taken to the extreme, high testosterone levels can lead to “Steroid Rage,” which manifests itself in a heightened level of aggression. But the takeaway is that maybe arrogance and cockiness in the athletic arena are just symptoms of self-confidence produced by extremely thorough preparation, coupled with hormone levels, which can be elevated naturally (or synthetically, as with Floyd Landis) leading up to and during competition.

A more positive, personal way that athletes express confidence in themselves is by setting goals, which serves to make the athletes accountable. Once Kobe Bryant makes his goals known to himself, his teammates, his competitors, and the world, there are more consequences for not achieving those goals. Athletes often talk about ‘fear of failure.’ Making their goals publicly known can serve as extra motivation for those athletes and give them that little bit extra, to push a little bit harder, for a little bit longer in both training and racing. They’ve made plain their desire, and they’ll do everything in their power to ‘put their money where their mouth is.’

This is not to say that one must be arrogant or self-deluded to succeed. One can still be humble while completely confident. Humility can be expressed as an outward, external demonstration. The important difference between arrogance and self-confidence has to do with learning. As Ted Nash says, “an athlete who is arrogant is as good as he or she will ever be.” The self-confident athlete has complete faith in his or her ability to learn and to execute under pressure, but this confidence also allows him or her to take criticism and make good use of it. Arrogance prevents this, as it indicates that the athlete believes he or she already knows everything there is to know about the craft.

It does no good to be delusional and take things for granted. For instance, if you haven’t done the work and aren’t prepared physically and mentally, misplaced confidence can work against you. You must set reasonable goals and know what you are capable of accomplishing given your current state of preparedness. To be unreasonable in your dreams, goals and expectations will do no good. For example, if you have been training on the ergometer, and you’ve done workouts that indicate you might be able to do 2, 000 meters in about 7 minutes, it would be foolish to get on the erg on race day and believe that you are, all of a sudden, going to be able to sustain the pace for a 6 minute 2k.

Now at what point is the line drawn between appropriate self-confidence and unreasonable self-confidence? Simply put, confidence is the direct result of experience and preparation, which sharpen your mental state and produce hormonal changes within the body — these elements combine to enhance your performance. When you and your teammates are in a mental and physical state of readiness, a kind of Zen state in which you are no longer rehearsing in your mind the drawing of the bow and the release of the arrow, but have become one with it, then the gesture, the release of the bowstring or the catch of the blade, becomes an instinctive act; you expect to acquit yourselves to the marginal edge of your ability — you know you will bring it all together. That engenders a natural arrogance. You have confidence in your ability to bring to a given moment the highest level of your application — mental and technical. If you are reasonably good, and if you hold this confidence and maintain your skill set consistently, you can even pull off an upset over a more “talented” team that lacks an equal focus.

Would the perfect athlete have complete self-confidence while making efforts to be humble? Absolutely. But nobody is perfect, and maybe we should be a little more willing to take the good with the bad. That is to say, the next time we see LeBron James come off as arrogant, maybe we should embrace it and recognize that it is this same attitude that allows him to score 25 straight points in a playoff game, lifting his team on his shoulders. In our own endeavors on the water, on the erg or in the weight room, maybe we should practice a little more internal confidence when it comes to racing another crew, bowball-to-bowball in the 3rd 500 meters, or when we are two seats down with 250 meters to go. For it is this belief that gives us the determination necessary to compete and to achieve at the highest level, when the chips are down and the race is on the line. If you demand excellence from yourself, and you do the work to make excellence a reasonable expectation, you can carry true self-confidence into the arena, no matter what awaits you there.

Weight Handicapping for the Veteran Squad at Wallingford -Guest Blog

Posted on February 14, 2011November 2, 2020 by Mohit Gianchandani
Following on from our article about weight handicapping, Peter Finnegan and Andy Millar share their facts and information… read more