Since the less-than-expected medal haul at the Karapiro World Champs, the US have clearly been thinking hard about how to improve their team performances for the London Olympic Games 2012.

The biggest news is that Kris Korzeniowski, longtime US Heavyweight Mens Coach has been shifted sideways to a Director of Coaching Education.  Read the energetic hoipolloi discussion./

A neat summary of the series of announcements from US Rowing and Megan Kalmoe (athletes rep) is on the Rowing Related Blog by Bryan Kitch.

For non-US rowers, the background context is that in USA national team rowing is split into tow “Camp” boats where the athletes train together in a single location with a named coach who picks the crew; and “Trials” boats where anyone can turn up to the national selection regatta, race and if they win (twice) they are the USA selected crew.  Camp boats include heavyweight 8, 4-, 4x.  Trials boats are M1x, W1x, M2-, W2-, LW1x, LM1x, LM2-, M2+, W4-, LM8+, LM4x, LW4x.

Posted on August 10, 2008October 23, 2020 by Rebecca Caroe
Up not so early to watch the rowing heats onn Day 2 of the Olympic Regatta in Beijing.… read more 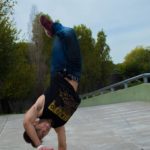