As I’ve discussed quite recently, the RR article, ‘Why do Rowers Fear the Erg?’ has attracted some attention, and was posted to the Rowperfect UK site. This resulted in a number of comments, one of which came from a former international lightweight and World Champion from The Netherlands, Frans Göbel, MD, who contributed to the discussion by posting a study from the Trinity Centre for Health Sciences, St James’s Hospital, Dublin, Ireland. With this, he included his own comment,

“Injuries are related with the amount of work (training) and with ergometer training.”

I am by no means a former World Champion, nor have I rowed as a member of my country’s national team, nor am I a doctor. Frans Göbel can boast far more credentials than I, and I have nothing but respect for his accomplishments and opinions. However, I must disagree with this assessment of the data.

What I am reacting to is this notion that the problem is the machine. It’s like hurting yourself while weight-lifting and then claiming that there’s an issue with the dumbbell. If you row well, the sport, whether it is on the water or on the erg, should be beneficial for your back, since it helps to strengthen your core and promotes flexibility. Does any machine perfectly simulate the experience of rowing on the water? Of course not. It means that rowing well on the erg is slightly different from rowing well on the water, so there are some adjustments that have to be made. That doesn’t mean that the machine is bad. It has its own technique, just as rowing a single is different from rowing an eight. You must be able to make the adjustment. Is there anyone who is going to argue that rowing the 1x damages your ability to row the VIII? I know there are plenty of people who will claim that using the erg damages your ability to row. These people must have had a hard time understanding the success of the ‘Great VIII’ at the Head of the Charles in 2009. Oh, and by the way, those guys are all beasts on the erg.

Sure, if your technique is poor, you’ll hurt yourself, especially when doing a very high volume of work on the erg. Also, if you row the erg, particularly a stationary erg, at cadences below 20 s/m for very long stretches, you’ll be putting yourself more at risk because you are allowing the fan wheel to slow down too much between strokes, and therefore lifting a heavier weight regardless of the drag-factor setting. But this should be obvious to a novice. I’d love to see the training plan used on the erg that produced the results in Trinity’s study. I’d be willing to bet there are many, many meters logged at rates 18-20 at medium to high pressure.

Again, if your technique is poor, you’re putting yourself at risk. You also put yourself at risk when you over-train (if your training load is not properly balanced or too aggressive), which is likely another issue with the Trinity study. But when (in what sport?) is that ever not the case? Rowing is a repetitive sport, so, naturally, it pays to get the motion you are repeating right. The problem is, people write off teaching technique on the erg, and place too much emphasis on numbers alone rather than rowing well, resulting in injury. This is particularly deadly when all the work is done at low stroke ratings.

What frustrates me the most is that I know, being an American, this will simply be written off as another example of how the US is ‘in love’ with the erg, and doesn’t really know how to row well on the water. Yet, somehow the Danish lightweight squad seems to stay afloat, despite their dominance on the ergometer. Or the Canadian men’s VIII in Beijing. They seemed to have found the erg a(n) useful training tool. Somehow, they battled through, posted great erg scores, and won the Olympics. Just lucky I guess.

I’m sure that this study by the Trinity Centre for Health Sciences was well-intentioned, and carried out by very intelligent, capable people. However, the results do not, as has been suggested, indicate a direct correlation between using an indoor rowing machine and back injury. What they tell you is that poor technique and/or a poorly structured training plan can cause injuries in sports involving repetitive movements.

Footnote: The Great 8 includes Alan Campbell, GBR and Itzok Cop, SLO both of whom are Rowperfect users.

One thought on “The Erg and Injury: A Response”

You are one in 10,000 Rowperfect’s followers are growing

Posted on April 4, 2013October 22, 2020 by Brad James
Here at Rowperfect we keep track of our website analytics data. We know how many of you visit… read more

Guest Post: How to Improve Your Rowing By Improving the Way You THINK!

Posted on October 6, 2011October 22, 2020 by Rebecca Caroe
A guest post by Jacqueline Pigdon – read her 7 tips to prepare for single sculling starts. Our… read more 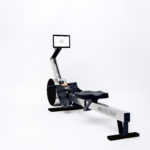 How much Ergo do you need? Introducing: AUGLETICS Eight

Posted on February 22, 2021March 1, 2021 by Patrick
How much Ergo do you need? Introducing: AUGLETICS Eight Rowing in your living room! During the next couple… read more