Yesterday was Boat Race day. Woman and Men were racing the course. And we all know who won the cup (Photo Credit Wikepedia). The results (view boat race page):

What was fantastic to witness was the constantly shifting power dynamic in the contest – Oxford once again appeared to be clawing back inches on their opponents as cox Toby de Mendonca roared his boat on. But despite this, and despite the spirited efforts of a young Oxford outfit, Cambridge held on to win in 16:57, powered by the traction of their engine room, the rhythm of the stern pair and the sheer bloody mindedness of Dave Bell and two-times Olympic gold medalist James Cracknell in the bow seats.

Here is some information from the Boat Race website

“As Tideway week reaches its climax, rowers, coxes, coaches and umpires faced the media for the final time ahead of this year’s Boat Race. The press conferences provided the world’s media with the opportunity to quiz mbers of the respective Boat Clubs ahead of Sunday’s race. 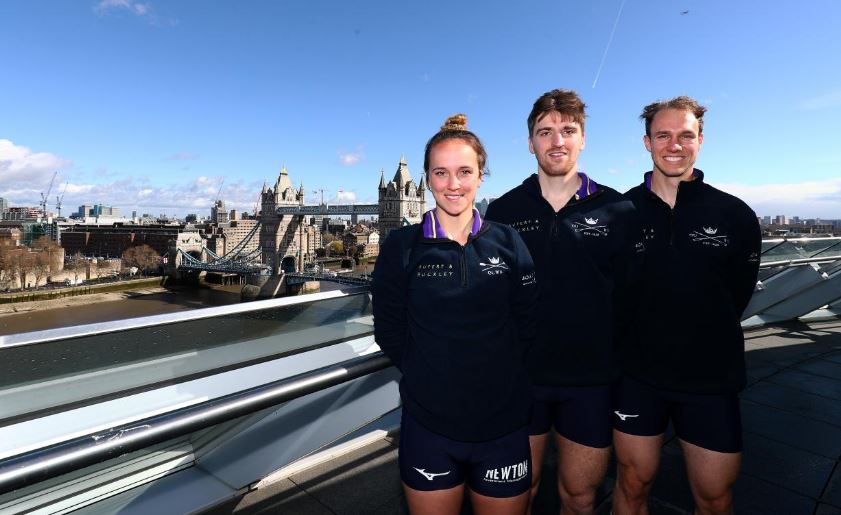 Tideway course is famed for its unpredictability and challenging conditions, but this Sunday should provide relatively flat conditions for the crews.

This year’s Cambridge Women’s President Abigail Parker has not been selected for the Blue Boat. As a result, Captain Larkin Sayre joined Head Coach Rob Weber and Cox Hugh Spaughton for media duties where Weber explained how the Cambridge crew are not being complacent or taking anything for granted. Throughout the week, Cambridge have been striving to make improvents and build on what they learnt during their winter racing: “There is nothing we can do about the opposition. We’ve gone up against some really top crews in Head races and we lost a couple of our fixtures,” said Sayre. Since moving into their Boat Race house, the whole crew have cooked together and have been enjoying watching films which has helped to keep th all relaxed ahead of race day.

Having made the transition over to the men’s squad, Cambridge Head Coach Rob Baker is feeling confident……

Do you know how much preparation time is needed for this race:

Take a look at these videos and see how the crews prepared last year:

One stroke decision: Why did I decide to choose rowing?

Posted on December 4, 2018October 7, 2020 by Rebecca Caroe
Don’t you sometimes wonder why you have stated rowing? Why did you start and is it worth to… read more

Posted on May 11, 2011October 21, 2020 by Mohit Gianchandani
There are a lot of discussions online about dynamic and static ergs (indoor rowing machines).  We clarify using… read more

Do I REALLY need to do long distance training?

Posted on March 16, 2019October 13, 2020 by Rebecca Caroe
Is it tough to really row slow? Well it is not. Read what Marlene Royle has to say about… read more