Found this really useful article on the Growing Bodies blog about hip flexors.

The writer explains that they get tight and also “overactivity” in the hip flexor.

Overactivity means you are using your hip flexors too much and they give two situations where this can happen – it’s best to adjust the stroke so you un-learn these habits but that’s difficult.

Overactivity of hip flexors can come about under two different circumstances;

Read the full article on Growing Bodies and how to do the stretches.

One thought on “Stretching hip flexors for rowing” 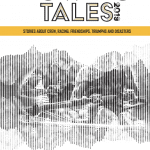 Posted on December 3, 2019October 14, 2020 by Tom Wall
The popular anthology of stories told by rowers announces a brand new book ready for Christmas 2019. It… read more

So you want to be a paid rowing coach?

Posted on September 30, 2018October 29, 2020 by Rebecca Caroe
Today we’ve found two really helpful resources that may help you in your desire to become a paid… read more