We have a MONSTER line up of new reads for you this week.

Balance for Beginner Rowers by Duncan Holland – a lesson plan for the rowing coach working with novices and those starting out in rowing.

“I was working with three different groups of young rowers and used a drill routine with them to help with blade control and found it very useful.  It is based around the concept that the outside hand is used for controlling blade height but attempts to get the rowers to figure it out for themselves.  After doing this drill all three crews changed from being unable to get the blades off the water at all to being able to get most of the blades off the water most of the time.”

Exercises to help scullers get blades off the water by Duncan Holland – A common sight on the water is a sculling crew slithering along with their blades on the water during the recovery. It usually develops from early days in a boat when the fear of falling out suggests to the nervous rower that using the rowing equivalent of trainer wheels on a child’s bike is a smart move.

Games and Challenges for young rowers – by Duncan Holland if you coach juniors it’s key to keep their attention and enjoyment in the sport.  Duncan sets out some simple games you can use during training outings that help improve boat handling skills, are fun to do and present a challenge for athletes to achieve.

Be Your Own Support Team by Ben Rodford –  To row at your best requires your body and mind to be at its best. Rowing federations recognise this and employ a team of support staff (doctors, nutritionists, physiotherapists, psychologists, strength & conditioning coaches) to address the physical and mental needs of their athletes.  Sadly, most club rowers don’t have access to such a staff, but can do a lot of this work for themselves.  This book shows you in detail what you can do for yourself and how to become your own support team.  Aimed at the ambitious athlete who wants to step up a level and get into faster crews.

Coaching Coxes using their audio recordings by Chelsea Dommert – A guide for the coach who has coxed crews and can’t always hear whether the cox is saying the right thing.  Chelsea sets out exactly how to set up recording as a natural and normal part of coaching coxswains.  She shows clearly what not to do [create a parnoid small person] and how to get the best out of your cox by demonstrating ways to improve what is said and the crew responses.

Coaching the Coxswain on Tough Stuff by Chelsea Dommert – Coaches occasionally have to start difficult conversations with athletes.  This carefully written book sets out the best way of starting a discussion with a method of getting a positive outcome for all parties by the end.  Tearful coxswains are feared by coaches – avoid emotional disasters and  learn ways to structure a conversation that delivers what you need for the crew.

Check out other e-books in the Rowperfect store – many are free.

When you check out and buy an e-book you first have to create an account – this is so you can log back in after completing the purchase to get your download.  Most books allow you 5 days to complete a successful download. 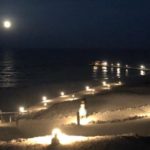 Posted on May 30, 2019October 14, 2020 by Tom Wall
We have mentioned it on this forum a few weeks ago: The Red Sea Coastal Rowing challenge. There… read more

Grip in Rowing – a controversial suggestion

Posted on May 13, 2016October 23, 2020 by Rebecca Caroe
How to hold a rowing oar or scull isn’t often a cause for controversy but David Harralson, a… read more

Help get teen girls into rowing

Posted on September 30, 2018October 15, 2020 by Rebecca Caroe
#RowMoJo rowconference are working together to help get more teenage girls into #ROWING! Both focussing on some of… read more