Now the excitement is over from the Olympic Regatta, are you ready to think about some holiday reading for the UK bank holiday weekend?

Three new books worth taking a look at for coaches, athletes and students of rowing history.

David Miller author of The Official History of the Olympic Games

The Official History of the Olympic Games covers the start of the Olympic movement in 1894 through to London in 2012.  We have secured a £10 discount (Full price £40 with free shipping in Europe) for Rowperfect readers who buy using this order form Olympic History book.

The Phelps Dynasty is the story of a riverside family, its pedigree, its rowing tradition and its association with the Thames. You can preview the book here and order copies from Maurice Phelps 01491 681916.  Amazon price £34.99.

Winning Matters is Frank Dick’s follow up to ‘Winning’ in which he uses his extensive business and sport coaching experience (he was Daley Thompson’s athletics coach) to show you how you can be successful in both business and life.  It costs £12.99 from Amazon and Waterstones. 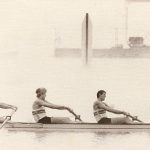 What are the best rowing books?

Posted on October 4, 2018October 14, 2020 by Rebecca Caroe
I’ve read Rowing Faster and Biomechanics of Rowing, and will soon be reading The Complete Book of Rowing.… read more

New Book: How to Win

Posted on November 22, 2012October 23, 2020 by Brad James
How to Win: The Sports Competitors guide to Success, written by Stephen Walker teaches you what you need… read more 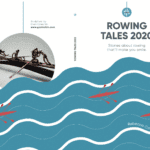 Posted on January 25, 2021January 24, 2021 by Patrick
Rowing Tales 2020 covers the strange year we’ve all lived through. Our tales explain our situation – and… read more