That’s your crew approaching the 1000m mark. This should be interesting: there’s a big move planned at the 1000, 20 strokes to put pressure on the other crews; 20 strokes pushing as though they’re starting the race again . . .

Right now, they’re lying third. The boat looks to be moving okaaay . . . not perhaps as sharp as you’d like and you’ll have to do something about that skying on Monday in training but they’re up there. There’s the coxswain calling them into the move and . . .

What on earth? Suddenly it looks like one of those cartoon fights only it’s a spray of water with the occasional head or elbow or blade appearing at random and all the cursing is coming from you.  There’s no denying that they’re putting in big ones, that each and every crew member is doing his utmost but it’s every man for himself out there.

. . . 19, 20 and there they are again looking like the crew you thought you knew but getting more run out of the boat now that they’re not thinking about working as hard as they can. Hmmm – there’s food for thought. What was it about working hard that changed the way they rowed?

How do I fix that?

Did you notice the pronoun? Sorry, but this does tend to be a boy thing. It’s one of the things that boys like about rowing: the grunt and heave of working hard and training with its emphasis on technique can feel like a penance. Give them a race and permission to go as hard as they can and couple that with a fascination for biceps and pectoral muscles and wahaaay!

So now you have to ask them: what do you do when you want to row harder? What muscles are you using? Where do you feel strong? What happens to the boat when you row harder? Oh, sorry, they’re boys – you’re probably not going to get many words out of them so find an erg….

Here, show me. Let’s do 30 strokes: try ten rating 18 at a good firm pressure . . . good, now take it up to 30 rating (you other guys watching this? You too, cox – what happened when the rating came up? Any parts of the body working differently – which ones? How?), good, now let’s go into the 1000m move, 10 strokes rowing as hard as you can , this time , now . . . great. (what are you guys seeing? Cox, how does that match what you felt in the boat?) and you, what do you do when you row harder? What changes? Which muscles are getting sore or tired first? Why do you think the erg jumped up and down like that? What would happen if you did that in the boat?

Take what you see and apply to racing

And by now you’ll have an idea as to where the ideas of rowing and racing diverge; where their picture of the rowing stroke and yours meet and where not and so when you next prop up their racing performance with a race plan those moves can be tied to an idea or a movement or (careful here) a “feeling”, one that everyone knows and recognises, one that everyone can do together.

There will be exercises that made a difference; maybe they can be incorporated into your race warm-up. There will be phrases or words that had an effect; your coxswain can use these to get the same response in the race. They’ve probably got heroes; you can invoke their words or actions in your team talk. And when they come off the water, after they really have moved at the 1,000 then you’ll have your measuring stick: did you do this? What happened when you did this? Could we have done this better? What shall we focus on next time?

Read Part 1 of Race Plans for Coaches and Coxswains 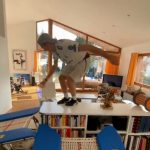