It’s the last day of the London 2012 Olympic Regatta. Finals for the four remaining boat classes will be raced in three hours before Eton Dorney becomes the domain of the canoe and kayak racers in week two.

A-Finals start with the fast and furious Men’s Four. The big story in this event is the rivalry between Great Britain and Australia. These two crews met in the semifinals. There the honours went to GB, but the Australian crew lead in the first half of the race and did not sprint for the line. This decision may work against them if cross-wind conditions materialise as they did on day 7. The USA won the other semifinal and split the crews apart in the lane draw. If FISA draw the final as an echelon, rather than the traditional chevron, Australia may have a disadvantage in a less sheltered lane. This event is GB Chief Coach, Jurgen Grobler’s, last chance to win a 2012 Olympic gold medal with the GB Heavyweight Men’s Sweep Squad. Grobler’s squad has won gold at every Olympic Games since 1992 but have so far only claimed two bronze medals in the eight and pair. There is little to separate the field in this race and there could be lots of jostling for position until the final 500m and the sprint for the finish line and the medals.

Start List: GER AUS USA GBR GRE NED
Both Lightweight Doubles race today, the Women’s Lightweight Double racing before the men’s. Great Britain won their semifinal, going over three seconds faster than any other crew. They will not have it easy as the fast starting Greeks will aim to put together a winning final sprint. Racing is always close in this event; the wind and water conditions could have a big effect on the crews. China won the other semifinal, just ahead of Denmark.

Start List: AUS GRE GBR CHN DEN GER
The Men’s Lightweight Double follows. Great Britain, again, won their semifinal but did not set the fastest time in this event. Denmark went faster, winning their semifinal with a fast dash to the line. New Zealand are also in contention for the gold. The field will be very close, with five of these crews only separated by just over a second in the semifinals. the only thing certain in this race is that the racing will be close with desperate sprints for the finish line.

Start List: POR FRA GBR DEN NZL GER
The last race of the Olympic Regatta and the final set of medals to be awarded is the Women’s Single. Knapkova is in prime position, having won her semifinal and looking on top form at this regatta. Erichsen lines up next to her, having won the other semifinal. Karsten, bronze medalist in Beijing, was third in the semifinal just behind Kim Crow. Crow has raced five times in seven days at this regatta and pushed hard on day 7 trying to win gold in the double. She and her partner had to settle for silver. This may give her the determination to push through the final 750m when her legs will undoubtedly be tiring. Zhang of China missed out on a home medal in Beijing, coming fourth. She will want to ensure she takes home a medal from this Olympics. Emma Twigg will be inspired by the performance of her team mate Mahe Drysdale, who won the men’s single on day 7. 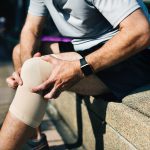 Posted on August 7, 2018October 16, 2020 by Rebecca Caroe
Getting back on track Athlete injury: Photo by rawpixel.com from Pexels A back wound from an unforeseen boat… read more 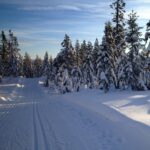 Posted on January 2, 2022December 27, 2021 by Rebecca Caroe
Use your bodyweight to scull faster! What is the similarity between Nordic Skiing and Sculling? Raf found this… read more

Posted on November 28, 2013October 22, 2020 by Rebecca Caroe
Row Zone have done another great poster – download it for yourselves. Coxswain Care Poster read more