Netherlands, Great Britain, USA, Germany, Canada, Australia.Germany get two seats with GB in 2nd. These two boats are flying! German can’t break away and GB working hard and holding them. Netherlands and Canada level for third. It’s two feet to Germany at 1000m. GB draw level and both boats press on. Gb get a foot in front. The crowd roar! Canada closing too. Australia and USA level in fourth. GB, after their fast first 1000m are fading. The crowd can’t urge them on enough. Canada charge through as Germany race away using their extra gear. It’s Germany to take gold. Canada just take the silver on the line. GB raced for gold but must settle for bronze. USA fourth. Netherlands fifth. Australia sixth. The Germans stand and celebrate, arms raised. GB heads go down. They gave everything. The crowd is shocked. Germany; unbeaten. 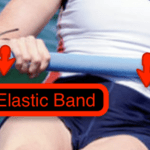 The Wight Crew presents £30,000 to Ahoy and the Ellen MacArthur Cancer Trust

Posted on September 26, 2013October 22, 2020 by Rebecca Caroe
The Wight Crew, a team of seven Island based women who completed a 27.6 nautical mile rowing challenge… read more